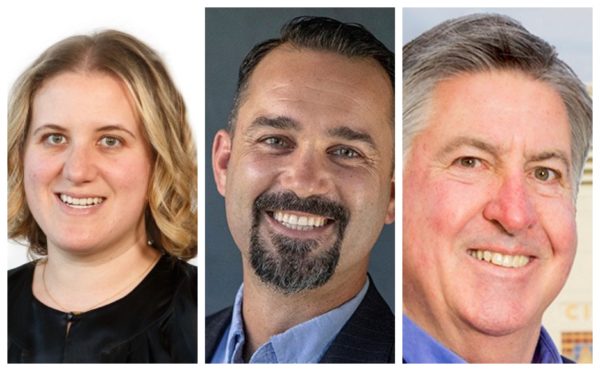 The candidates will be asked the same set of four questions by Santa Monica Mirror Editor Sam Catanzaro, and one wildcard question that will be drawn out of a hat. Candidates will get two minutes to answer each question, plus one minute in the beginning to introduce themselves and two minutes at the end to give a closing statement. The interviews will be streamed live on the Santa Monica Mirror Facebook page at Facebook.com/smmirror. For those who can’t watch live, videos will remain posted on Facebook and online at www.smmirror.com.

Challenger Ashley Powell will begin the forum with an interview at 10 a.m. Powell, who was born and raised in Santa Monica, went to Santa Monica College, Occidental College and USC and describes herself as “a leader with a passion for social justice.” Powell has 15 years of experience working with the homeless for United in Harmony, where she has served on the Board of Directors since 2014.

At 3 p.m., Greg Morena, another challenger, is slated to come in. Morena, who grew up in Santa Monica, has extensive experience in the private sector, starting his own business Synergy Consulting, a company that manages entrepreneurial businesses and brands. According to his campaign website, Morena hopes to bolster “communication with residents, preserving the legacy of local communities, and contributing smart growth and economic development to build a better tomorrow.”

The day will wrap up at 3:30 p.m. with Councilmember Kevin McKeown. McKeown, who is running for reelection, has been on Santa Monica City Council since 1998 and served as Mayor from 2014-2015. McKeown, who also has experience working for the Santa Monica-Malibu Unified School District, says that he’s “running for re-election on my consistent record of responsiveness to residents, and my ongoing work to protect renters from eviction and harassment.”

On Wednesday, challengers Scott Bellamo and Geoff Neri and incumbent Sue Himmelrich are set to come in for their interviews. Incumbent Pam O’Connor is the only candidate who has not yet responded to the Mirror to set up an interview. More information about these candidates will be posted tomorrow.