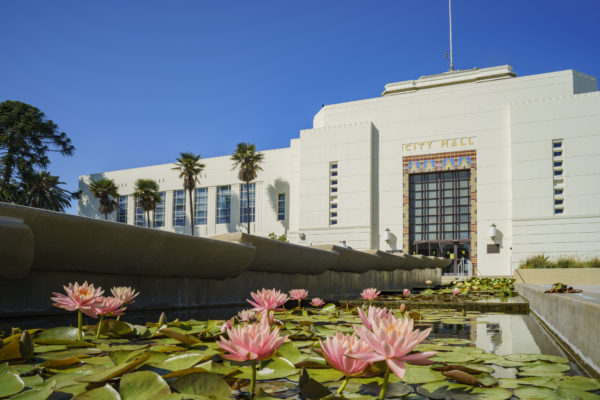 It’s local election time and the Santa Monica Architects for a Responsible Tomorrow weigh in on several of the local candidates and issues. As a group of concerned residents, we focus on how good development, planning, and quality of life issues affect each of you. We believe all elections are important.

If you are a frequent reader of our weekly columns, you know our group has been quite concerned about the direction our beloved Santa Monica has taken and worry about the dire consequences ahead. With that said we recommend:

Sue Himmelrich is seeking a second term on the Santa Monica City Council. While we wish that she would stand “even firmer” on some of the issues that will affect the generations to come, Sue has stood up for all of us consistently as a significant sponsor of Measure TL and previously backed Measures GS/GSH to provide guaranteed school funding. Sue pushed successfully for an on-going audit committee to oversee responsible use of our $800 Million budget. She voted with residents of the Gandara Park Neighborhood against a too large, disruptive pre-school center. Himmelrich opposes the use of public land for private purposes and will oppose the 12-story “Plaza at Santa Monica” development at 4th and Arizona. Above all else, she is available to listen to residents and is responsive to our concerns, thoughtful, passionate and not controlled by one political agenda. SMart enthusiastically recommends a YES vote for Himmelrich.

Scott Bellomo is a novice politician and got involved in city politics while stepping in between an aggressive homeless human and his high school-aged son at a local supermarket. Scott believes we must concentrate on public safety as a premier quality of life issue in our city. Everywhere we travel in Santa Monica, crime, homelessness and the overall subject of our security is the paramount issue of the day. Statistics prove Scott’s point of view. We have seen dramatic increases in violent crime and property crime. As the city’s planning staff and city council appear to focus on more development a crucial part of our infrastructure seems to have been neglected. Public Safety is the issue in Santa Monica in 2019, and while Scott has focused on crime, he is also concerned with stopping the overdevelopment of our city. He wants the quality of life restored for his family and ours. For that reason, we urge you to vote YES on Bellomo.

There are three seats available on the SM City Council. However, SMart only endorses Bellomo and Himmelrich.

There has been a flurry of discussion about Geoffrey Neri in our group, yet, while public safety is a significant issue, a council member has to be concerned with a more nuanced council agenda. We haven’t heard enough from Neri to suggest that he is that candidate.

We support the establishment of term limits for Council Members and a Yes Vote for Measure TL will do just that. Three four-year terms are long enough for our part-time council members to serve in one position. We have two council members seeking reelection who have owned their seats in the council for over twenty years. We need fresh ideas and must break up the power of prolonged incumbency. SM City Commissioners are allowed to serve a maximum of only three terms. Most cities, counties, and state officials in California have either a two-term or three-term limit for their elected officials, and that limit would establish better governance in Santa Monica. We urge a YES vote on Measure TL.

Measure SM only mandates a City Council “super-majority” vote on development agreements that would exceed the Land Use and Circulation Element, and that doesn’t go far enough in protecting our city from overdevelopment. However, something is better than nothing. Vote Yes on SM.

Ann Maggio Thanawalla is seeking a seat on the SMMUSD Board of Education. She is smart, dedicated, feisty, and will always think of our children first.. Ann is the breath of fresh air we need on that body to represent our kids. She’d be the only mom on our elected school board body with a kid in the district. Vote for Ann. While you’re in your polling booth, darken the circle next to Oscar De La Torre as well.

Finally, SMart loves our public schools, and it pains us greatly to suggest a NO vote on Santa Monica’s school bond, SMS. We are big fans of master planning and it has distressed many residents to find SMMUSD wants us to vote for a $485 Million Bond issue (with $485 Million in interest fees) without specific guaranteed construction plans in place for each site. Further, as our schools continue to see attendance drop, this ambitious bond may be larger than needed. SMart previously talked about the need for our schools to be on the cutting edge of sustainability and the district response was lackluster. We believe the district should come back to the electorate in 2020 with a site-specific bond that details the needed construction at each school. Site master plans must be thoroughly vetted by all stakeholders and contain specific monetary requests for each needed project. This is essential. The district should also remember that the most sustainable course is always to reuse existing buildings, not to construct new ones. With reluctance, we urge a NO vote on SMS.

One last word, vote as if your future depends on it. It does.