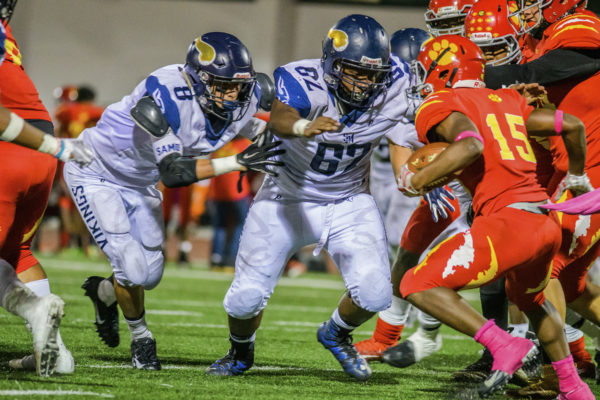 In front of a large homecoming crowd, the Santa Monica Vikings football squad scored 29 points and limited the visiting Hawthorne Cougars to 21 in the Vikings league win on Friday, October 5.

The Santa Monica offense was led by junior Donovan Parks, who scored two touchdowns for 164 yards. Seniors Melvin Hicks and Kobe White picked up touchdowns of their own as well.

Seniors Eddie Saldana and Dwayne Davison led the defense for Santa Monica, picking up six and five tackles each.

The Vikings now possess a 3-4 record. They play next when they travel to Lawndale for a Ocean battle on Friday, October 12. Santa Monica will play a Cardinals squad coming off a 34-27 league win over Culver City (Culver City, CA). The Cardinals record now stands at 5-2.