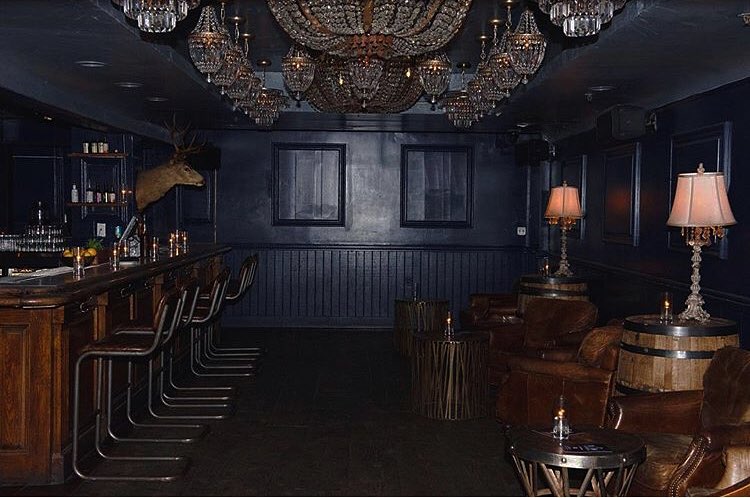 By many accounts, the Westside is haunted year- round, but it’s the days leading up to Halloween that generate the most interest in the undead and the tales they carry with them. For those who believe in the supernatural (myself included), the Westside’s history and tryst with tragedy makes it the perfect stomping ground for ghosts too restless to leave. From the ruins of Murphy’s Ranch to the sands of Santa Monica Pier, the Westside is filled with old haunts that have just the right amount of spook for this creepy time of year. To get you started on your hair- raising, spine-tingling tour of some of California’s most haunted places, here are our top three favorite destinations. Disclaimer: you may see a ghost or two.

The year was 1919. Legendary silent film producer and “Father of the Western” Thomas Ince founded Culver Studios, where iconic films like “Gone With The Wind” and “Raging Bull” were filmed. Seven years later, at the height of his career, Ince mysteriously died following his 42nd birthday celebration aboard newspaper mogul William Randolph Hearst’s USS Oneida. Rumors circulated attributing Ince’s death to murder by the hands of Hearst himself in a classic case of mistaken identity. The intended target: Charlie Chaplin. Nearly a century after opening the doors of Culver Studios, Ince is rumored to haunt the hallways of his grand, old studio. Among the ghosts of Hollywood’s past and a beloved era gone by, some say they can still hear his echoes in the night.

Surf – music legends Jan & Dean wrote about Sunset Blvd.’s infamous Dead Man’s Curve in their appropriately titled 1963 hit “Dead Man’s Curve.” The chorus is still as haunting as it was over 50 years ago. “(Dead Man’s Curve) you’d best keep away. (Dead Man’s Curve) I can hear ‘em say ‘Won’t come back from Dead Man’s Curve.’” While there isn’t a sign that directly marks where Dead Man’s Curve begins and ends, locals recognize it as a tight corner of Sunset Blvd. just above Drake Stadium. Particularly popular among teenage street racers in the 1960’s, the curve is most dangerous traveling east, where numerous drivers met their fate failing to hug the difficult turn and careening out of control. It was where the legendary voice of Bugs Bunny and Daffy Duck, Mel Blanc, nearly met his fate after a head-on collision that landed him in the hospital with two broken legs, a broken pelvis, and head injuries. While it’s unclear exactly how many people have died at Dead Man’s Curve over the decades, it’s safe to say that they didn’t make it back.

The Basement Tavern is a modern-day speakeasy known for its renowned whiskey selection and themed music nights. Occupied by well- known and prominent Santa Monica family the Kytes, the Basement Tavern, located in the bowels of their classic Victorian home, was built in 1892 and moved to Ocean Park in 1973. It was where members of the family lived and rested eternally; Mary Kyte found her final resting place in a coffin in the very same house. The Kytes are rumored to haunt the rooms and hallways of the home they once inhabited over a century ago. Staff of the upstairs event venue have reported seeing a dark shadow of a man, rumored to be the original owner, Dr. George I. Kyte. Others have reported strange noises, closing doors, the sound of footsteps and flickering lights. It’s a challenge to find the Basement Tavern, but once you do, sit at the bar and order a Delia Elixir – you may get more than you pay for.