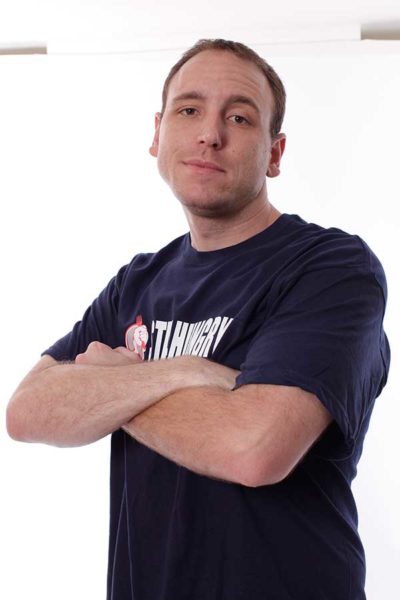 Top Major League Eating (MLE) athletes, including Joey Chestnut, will gather in Santa Monica, for a new event on the national eating circuit: The Pacific Park World Taco-Eating Championship. The competition, to take place at 4:00 P.M. on National Taco Day—Thursday, October 4, 2018, at Pacific Park, on the Santa Monica Pier. The competition will feature up to 15 Major League Eaters from across the nation.

Notably, this inaugural event takes place on “National Taco Day” and will set a new world record for the number of Pacific Park street-style carnitas tacos eaten in 8 minutes.

“Pacific Park is pleased to host the inaugural World Taco Eating Contest on National Taco Day in the United States while featuring many top competitors in the Major League Eating circuit,” said Nathan Smithson, Marketing and Business Development Manager at Pacific Park on the Santa Monica Pier. “We are thrilled that the contest is getting so much attention and hope this will be the beginning of an annual celebration of LA’s favorite food, the humble street taco.”

The Pacific Park 2018 World Taco Eating Championship will be held at Pacific Park on the legendary Santa Monica Pier with a background featuring the world-famous Pacific Wheel Ferris wheel.

“MLE is honored to celebrate National Taco Day, and all those who love tacos, with the first-ever Pacific Park taco-eating contest,” says Major League Eating emcee Sam Barclay. “We fully expect a new world record from this event.”

Major League Eating, the world governing body of all stomach-centric sports, conducts more than 80 events annually, including the Nathan’s Famous Fourth of July International Hot Dog-Eating Contest in Coney Island, N.Y. The competitive eating community is made up of more than 8,000 veteran and rookie gurgitators who travel the nation in search of top titles and the glory that they provide. For more information, visit www.IFOCE.com, www.facebook.com/eatfast or twitter @eatingcontest.