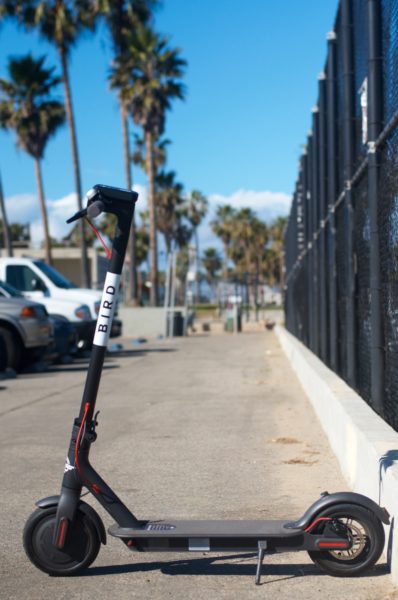 After about a year of exposure to E-scooters, the City has approved a one year “study” involving up to 2000 scooters. The entire City: visitors, residents, workers, students, skaters and skateboarders, cyclists, drivers, and pedestrians have all been dragooned into a giant uncontrolled experiment where it’s completely unclear how the benefits and costs of these mobility devices will be realistically evaluated at the end of the experiment in about 11 months. The pros of increased mobility, of fun, of job creation, and of possibly reduced greenhouse gasses need to be balanced against the cons of accidents, of inevitable data breaches, of possible increases in greenhouse gasses, of less walking, and of possible adverse effects on existing transit systems and their workers (e.g. less bike and bus use).

But it is very clear by the slow City initial response to this invasion, and by how the rollout and selection of the winning current vendors was handled, that the City is playing catchup and is not fully in control of this experiment and, unfortunately, will not likely be able to separate the data from the noise at the experiment’s end.

Regardless of the long term analysis, the pressing immediate problem is accidents because these vehicles are manifestly unsafe compared to their nearest analog the bicycle. First is their dangerous design with tiny tires (easily deviated by small road inconsistencies), with a short wheel base (accentuating the negative leverage of the driver’s mass on the scooter’s stability),  with a  narrow platform (making them harder to ride), with weak brakes (compared to bicycles), and with virtually no collision cushioning mass in front and rear, all of which leaves the rider exceptionally exposed. Compared to the visual mass of a bicycle they present a small target easily hidden in a vehicle’s  blind spot and easily tripped over in the dark when lying on the ground. If they end up replacing walking for a large number of people, they will have a slow but real negative effect on the health of our population. But the real risk factor is how they are operated: weaving in and out of traffic and illegally on sidewalks, virtually no helmets, dropped in the most obstructing places, legitimized by fake IDs and by no driver’s licenses, and often ridden in pairs.

The wishful thinking was that they would ride on our improving nascent bike path system thereby mitigating their inherent design dangers, but unfortunately they are operated mostly outside the additional safety of those limited bike lanes. It’s almost like the City licensed 2000 airplanes without building any airports. The wishful thinking also tries to justify this as the growing pains of any new technology. But new (and old)  technologies have a vested interest in hiding true costs such as car companies that created millions of unnecessary deaths and injuries for decades while fighting seat belts and eventually airbags. Likewise Bird and Lime have blood on their hands, (along with the legislators in Sacramento that approved riding without helmets) because they knowingly created hundreds of unnecessary injuries and some deaths. A UCLA ER surgeon says he is stitching up 3 scooter victims a day so this is not a painless experiment.

So what should the City do now?

Reduce the number of these dangerous devices. The question should be not what numbers do the tech companies need to make money, but what’s the smallest number of scooters needed to develop meaningful data over a finite time period. For example Los Angeles authorized their scooter trial to include 3000 scooters (about one for every 1166 residents) while we are allowing one for every 47 residents or about 25 times the risk exposure.

Establish unbiased measurable benchmark data on mobility, health and safety, costs and other important variables so eventually we can see by a comprehensive cost/ benefits analysis if the experiment is “working” . This data needs to be continuously collected now.

Insist on full auditable data transparency from the scooter companies to be able to track among other things accidents (and their real costs in injuries, lost time and money), to see where for example additional bike paths are needed, and to identify what is really happening in the use of these devices.

Slow down the scooters from 15 mph to 12 mph which is still 3-4 times faster than a walking person but reduces collision forces about 36% increasing survivability.

Provide full safety enforcement: Including geo fencing areas that scooters shouldn’t access, fines for not wearing a helmet till January 1 when the criminal no helmet State law goes into effect (after that point provide financial incentives for helmet wearing), protocols for hit and run accidents (scooters have no visible licenses plates), 18 years old  and driver’s license required, and exclusion of repeat offenders from use of the devices.

Fines should be scaled both to the social/environmental costs of these devices  and to the cost of additional police/ambulance forces required for enforcement and public safety.

Full accident reporting and complete rider data availability to victims of collisions and their attorneys.

Scooters, at the pain of impoundment, can only be left in designated safe drop off zones which the City will make a good faith effort to locate or relocate based on rider data and neighbor preference.

Provide a short safety operating tutorial on the initial ap (which may vary from city to city) when renting.

Scooter companies should provide full insurance to their riders and victims. You cannot rent a car from Hertz without insurance. Likewise these dangerous vehicles require insurance protection particularly for their innocent victims.

These test constraints will obviously cost the scooter companies some money and riders some inconvenience. But as a social, medical and mobility experiment the entire risk should not be  shifted completely to the non-riding  citizens while the entire profit goes to the scooter companies. Meanwhile, there is currently no way to determine epidemiologically if the experiment is a success or how to improve it or even if the experiment should continue.

Such experiments are needed for progress but not at the unnecessary exposure of all the citizens. The above listed constraints, or some variant of them, will be needed if (and its a big if) we reach full operational maturity, so why not test the concept now under its eventual full operating conditions?