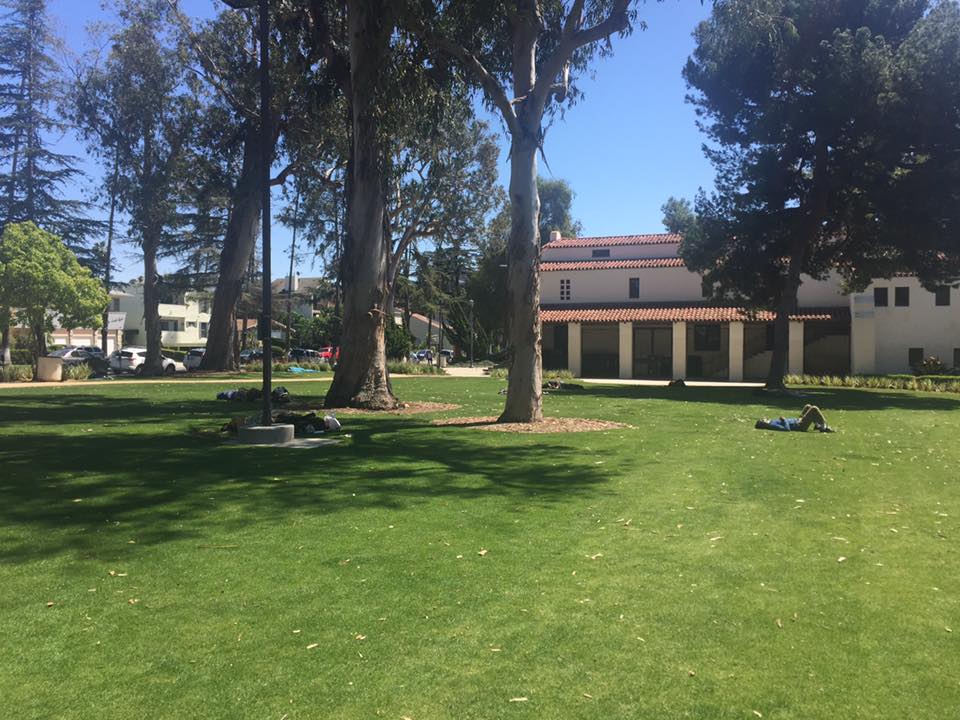 “Homelessness is not a crime,” says City Attorney.

For the past few months, public safety and homelessness have been hot topics in the City of Santa Monica. Local news and social media have been rife with outcry from community members who have claim to have witnessed an uptick in crimes in public parks.

At the regular Santa Monica City Council meeting on Tuesday, November 13, more stories of such kind were shared by parents and residents. Among those present was John C. Smith, chair of the Recreation and Parks Commission (RPC), who wrote a letter to the Council with suggestions for ways that the City could make public areas a bit safer. Among the suggestions were: increasing the frequency of patrols in parks and beaches, enforce closing times and camping laws in public areas, install additional cameras and lighting in these areas as well as reinstituting park rangers.

Referring to a recent RPC survey, Smith said that 84 percent of participants “expressed concerns of homelessness in parks.” Smith went through some of the recent incidents that have come to light.

“That high school kid who got slashed across the neck over at Tongva and we had a man murdered in Tongva park,” he said. “I’m not placing blame at all.” What with these violent incidents and cases of lewd acts, such as those witnessed at Reed Park, the issue is starting to get a bit more pressured. “They’re highlighting this need and sense of urgency for some kind of action.”

City Attorney Lane Dilg weighed in on the topic.

“There are some circumstances, including on the beach, where people would like to see enforcement in a different manner,” Dilg said. “We certainly cannot in any way target homeless people for enforcement, we have to apply laws equally […] Homelessness itself is not a crime.”

City Manager Rick Cole also warned not to put the burden of the crime increase squarely on the homeless community, noting that homeless individuals have also been victims of the increase in crimes such as assault and murder.

“We do routinely enforce laws against clear anti-social behavior, regardless of the status of whether a person has a fixed address,” Cole said, specifying that those caught exposing themselves or are publicly drinking and/or using drugs, they will be penalized. He also specified that the severity of the issue as it is seen in the media is not entirely accurate.  “Do we see every single instance of those compared to what’s reported in social media which may be 17 times removed from the actual situation? No we don’t see every single time […]” he finished.

Cole also brought up the role that drugs have played on this increase.

“The reality is that we have a meth epidemic in Southern California. When we read about opioids back east we shake our heads and cluck our tongues and say ‘isn’t that awful,’ but we have a similar level of crisis among a minority of our population,” he stated. “It may be a small group of people but meth addiction—it’s [a] $4 a day habit. It doesn’t take very many stolen bicycle wheels or stolen bicycles to support a $4 a day habit. And under the changes in state law we can no longer charge that person with a felony.”

He did specify some of the ways that the City plans to make changes, such as increasing patrols in the parks most in need so that the parks which are most impacted are patrolled at least once within every 2-hour block of time.

Mayor Ted Winterer tried to assure the community that these issues will be handled seriously.

“We hear the public about these concerns and we take them very very seriously and these are challenging times for a variety of reasons that are beyond our control,” Winterer said. “But [we have done] and we will continue to do the best we can—so don’t think your voices are unheard.”