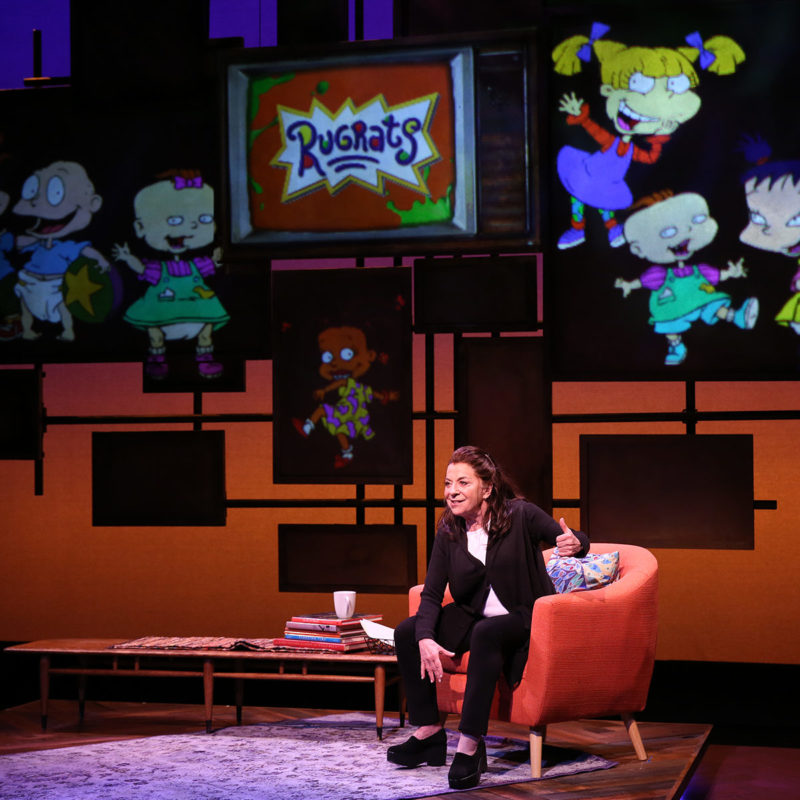 After her Off-Broadway triumph, Monica Piper brings her hit comedy “Not That Jewish” back to Los Angeles where it was originally developed and ran for almost a year. Beginning December 1st, Piper returns to the stage with the same passion that has navigated her career to an EMMY Award win, Golden Globe nomination, American Comedy Award nomination as one of the “TOP FIVE” female comedians in the country, and secured her as one of Showtime Network’s “Comedy All Stars.” Piper presents her authentic humor and autobiographical journey to local audiences in Southern California during this holiday season.

It’s a story of life, a brush with death…love, pain, and Mickey Mantle. Piper shares the moments that shaped her life with the same signature wit found in her writing on Roseanne, Mad About You, and her Emmy Award-winning work on Rugrats. Reminiscent of Billy Crystal’s 700 Sundays with a peppering of Neil Simon’s Lost In Yonkers, NOT THAT JEWISH is 85 lightning-fast minutes of funny, moving and inspirational theater. Born in the Bronx, but also a Campfire Girl, Piper admits, “You sense your life isn’t normal when you’re sitting on the D train with a bag of marshmallows and a twig.”

Monica Piper has performed on some of America’s most prominent stages, landing her the Ace Award-winning Showtime Special titled “No, Monica…Just You,” which earned her a place as one of that Network’s “Comedy All Stars.” She was recruited by Rosanne Barr, to write on the original series Roseanne and went on to write for Mad About You and Veronica’s Closet. After a job with the adult cult favorite, Duckman, she became the head writer of the #1 children’s animated series, Rugrats, for which she won an Emmy Award. Monica has developed and written on several series for Nickelodeon, Disney and the Cartoon Network. Returning to her first love, performing, she headlines events across the country and has performed numerous original pieces for JWT’s acclaimed At-Home Salon Theatre.

Director Eve Brandstein has helmed over 75 theatrical productions in Los Angles and New York, most recently, Miss America’s Ugly Daughter, at The Broad Theater, and Rain Pyror’s Fried Chicken & Latkes, which Eve will executive produce as a television series. She directed Shut Up, Sit Down & Eat, an off-Broadway 2 year hit, and the off-Broadway production of Voices of Swords. Brandstein has contributed to nearly every facet of the entertainment industry as a director, major studio executive, producer, writer/creator, talent manager, and author.