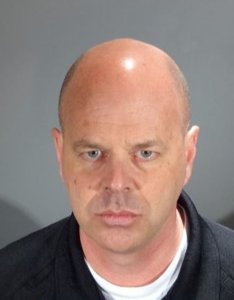 Eric Uller, the former City of Santa Monica employee who was charged with molesting children in a series of incidents that date back to 1986, was found dead in his apartment this morning in a possible suicide.

“The City was notified this morning that Eric Uller was found dead in his apartment. Initial indications are that it appears to be a suicide. The City was shocked to receive this news. Mr. Uller had been expected to appear in court this morning on the criminal charges previously filed against him. The court was also advised of his death,” the City said in a press release.

Uller was due in court November 15 and had posted bail and returned to his Marina del Rey apartment last week.

Uller, who was a Principal Technology Analyst with the City’s Information Systems Department was accused of sexually molesting ten minors between the years 1986 and 2010. Four of the victims were allegedly assaulted while Uller was volunteering with the Santa Monica Police Activities League (PAL) in the 1990s.

“The City also remains committed to conducting a review of the policies and practices of the many youth programs funded and operated by the City, including PAL. The City is in the process of retaining an outside consultant, Praesidium, Inc., to review the policies and practices of its youth programs and provide guidance on best practices for preventing any future incidents of abuse,” reads the Thursday press release.

The City had launched an independent investigation into accusations that the City had known prior or should have known of, and failed to address, Uller’s alleged criminal conduct. The City has retained Irma Rodríguez Moises and Gabriel Sandoval at the law firm of Atkinson, Andelson, Loya, Ruud & Romo to conduct this investigation. According to Thursday’s press release, the investigation will continue despite Uller’s death.

“The City remains committed to seeing this investigation through,” the press release reads. “The independent investigation is already underway, and will also review whether the City had in place sufficient procedures to encourage reporting of such conduct and to ensure that reports are acted on.”