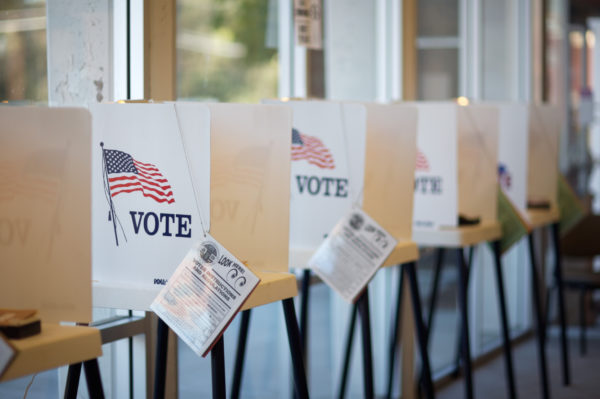 Changes are coming to the Santa Monica political landscape after Election Day November 6, as Santa Monica voters approved a measure establishing term-limits for City Councilmembers while long-time incumbent Pam O’Connor became the just third incumbent in City history to be defeated in a City Council election. Voters picked Sue Himmelrich, Greg Morena and Kevin McKeown to take the three Council seats up for grabs while also approving a $485 million school bond among other measures. Find out all the results below.

Sue Himmelrich, an attorney who has lived in Santa Monica for 26 years and has served on City Council since 2014, was the top vote-getter in the City Council election, earning 23.85% of the vote (15,1474 votes).

Greg Morena, the only challenger to win a City Council seat in this election, came in second place with 19.91% of the vote (12,917 votes).

Pam O’Connor who finished in fourth place with 11.38% of the vote is the only third incumbent in Santa Monica City Council history to be defeated in an election. O’Connor has served on City Council since 1994.

Naomi Sultan, a veterans rights attorney running for Rent Control Board for the first time, took the top spot in Tuesday’s election. Sultan earned 26.5% of the vote (14,178 votes), the greatest share of any candidate running for office in Santa Monica this election.

Nicole Phillis, an incumbent who was running for reelection, came in second place with 25.95% of the vote (13,884 votes).

Nancy Greenstein, a UCLA Police/Community Services Director running as a challenger in the race came in second place with 23.76% of the vote (17,653 votes).

Top-four earn a spot on the Santa Monica-Malibu Unified School District School Board.

Laurie Lieberman, a current school board member running for re-election, came in first place with 24.67% of the vote (18,911 votes).

Richard Tahvildaran-Jesswein, the SMMUSD Board President and a professor at SMC, came in second place with 21.48% of the vote (16,467 votes).

Ann Maggio Thanawalla, the only challenger in the race, was defeated, finishing in fifth place with 12.23% of the vote (10,142 votes).

Measure TL passed with 73.60% of the vote (18,999 votes), limiting Santa Monica City Councilmember to three four year terms. Under prior city law there were no term limits of any sort for Councilmembers. Measure TL limits Councilmembers to three total terms, whether they are consecutive or not.

Measure SM passed with 71% of the vote (17,387 votes). With the passage of this measure, a supermajority approval will be required by City Council for any projects within either the Land Use and Circulation Element (LUCE) or Downtown Community Plan (DCP) that exceed the existing height or floor area ratio limits specified in the City’s zoning code. Exempt from this supermajority requirement are 100 percent Affordable Housing Projects and developments on property owned by the Santa Monica-Malibu Unified School District (SMMUSD).