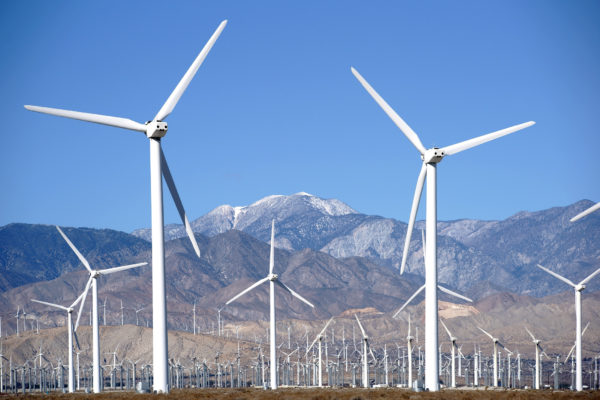 California has an ambitious goal (SB100) of getting all the electricity for the entire state from renewable energy sources by 2045. The mandated incremental steps are 50 percent by 2026 and 60 percent by 2030. Currently, California gets about 27 percent of our electricity from renewable sources including about 10 percent of our power from solar photovoltaics, about the same amount from wind and the rest from hydro, geothermal and biomass. In a nutshell, we need to approximately double that renewable amount in the next eight years to reach that incremental step of 50 percent by 2026. In other, words our state needs to build, in the next eight years, as many windmill farms, rooftop solar collectors, and geothermal plants, etc. as we have created in the last 30 years. This is, as it should be, a very ambitious goal and our City can lead the way by doing our part.

Our City has already been moving steadily to align or exceed our building energy goals with the State’s. Two years ago we required all new single-family homes to generate all their annual energy demand on site known as Zero Net Energy (ZNE). This squares up with the State’s goal of all new residential buildings (single family and multifamily) to be ZNE by 2020 and all commercial buildings by 2030. In reality, given our relative benign seaside climate, abundance of sunlight and the strong state energy building codes, new single-family homes (absent unfortunate large tree locations) can achieve ZNE relatively easily. cost aside, using rooftop photovoltaic (PV) solar collectors.

Unfortunately, in Santa Monica we are building relatively few new single-family homes while the bulk of our new residential construction is in the form of 3-7 story multifamily buildings. Multifamily buildings are harder to make ZNE because they have additional loads (elevators, subterranean garage ventilation, 24 hr illuminated hallways, etc.) that don’t typically appear in single family homes and their high-density configuration makes it very hard for each unit to get sufficient natural light, natural flow through wind ventilation and direct solar gain for passive heating. It’s almost impossible to build a ZNE building higher than three stories using current PV technology. For example, even our current super efficient ZNE 3 story City hall addition, under construction on the backside of our landmarked City Hall, needs to have solar collectors covering its entire roof, plus the existing City hall roof and also covering all the new northern parking carports. Conversely, school buildings which are 1 or 2 stories can be made ZNE relatively easily. However, the typical apartment buildings designed and approved today to clog our downtown, including the Great Wall of Lincoln, are barely able to meet about 15 percent of their energy demands given the ridiculously small amount of solar collectors they are providing. Those new buildings will already be “energy obsolete” when  completed by or after 2020 when all new multifamily buildings should be ZNE, and unfortunately, they will be completely unable to meet the anticipated demand for resident electric car recharging expected to balloon in the next decade. These, soon to be extinct dinosaurs, are allowed to be built because they started their approval process before net zero became law.

Last week the City Council wisely took another important baby step toward NZE for the City by allowing it to shop for energy providers that will charge different rates for power with varying amounts of renewable content in their electricity flow. By paying 7-9 percent extra the City’s 48,000 residential customers and 8300 commercial customers can select getting their energy from 100 percent renewable sources, or for slightly less cost a 50 percent or a 36 percent renewable content. Because 100 percent will be the default number, unless you explicitly opt out, more people will pay the surcharge and treat it as an increased utility expense.

This electrical utility cost increase will have two primary downsides. The first is it obviously adversely affects those on limited incomes, although qualified low-income customers will be offered discounts so they will not experience increases over their current SCE base rate. Second, this will increase the demand for new renewable sources, but those sources will undoubtedly not be located within our City. Wherever a renewable power provider can find space to install new PV  or windmill farms or geothermal plants, you know they won’t be nearby to where the Santa Monica power consumers are in our built out city. Producing power remotely means losing power when it is transmitted over long distances. For the entire electric grid, we currently lose about 1/6 of the power as heat.  So remote renewable sources can never match the efficiency of locally produced power, e.g. rooftop PV collectors. If these new renewable power sources are also on the other side of the San Andreas fault, they have the added danger of possibly not being available if movement along that fault cuts off the power lines.

There are however three significant benefits to this pricing increase. First, whenever costs go up, consumption goes down either in actuality or by encouraging more users to install their own local renewable electricity sources. Second, this will speed more proactive policy changes allowing for example apartment owners with excess renewable rooftop capacity to sell their power directly to their tenants. Finally, with added investment money from price increases, the renewable power suppliers can start to tackle the problem of industrial scale electrical storage (e.g. reverse hydroelectric, batteries, compressed air, etc.) that will be needed when our region’s usually intermittent renewable energy production reaches about 50 percent of the demand.

The good news. Progress is coming: with enough baby steps today we will eventually get to net zero!