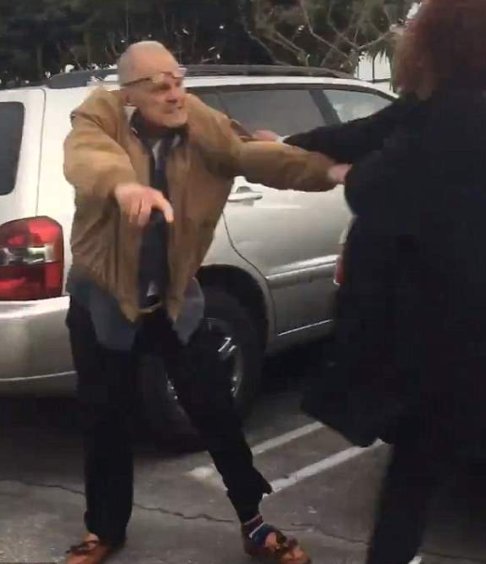 Frederic A. Shinerock sentenced for battery on school grounds and disturbing the peace by offensive words.

On Thursday, November 1, Frederic A. Shinerock was sentenced to 36 months of informal probation and required to undergo 26 one-on-one anger management sessions, as well as to complete one year of mental health counseling, for blocking an African-American victim’s vehicle while hurling racial slurs at her.

This case, prosecuted by the Santa Monica City Attorney’s Office, revolves around criminal conduct that occurred on May 1, 2018, at Santa Monica College (SMC) Performing Arts Center. In a victim impact statement, the victim, a Santa Monica College student who also volunteers at a local Boys & Girls Club, told the judge and the defendant, “I will never understand how you could spew such hate at a stranger . . . at me. The fact is, we both should have been able to enjoy the SMC Performing Arts Center that day and feel accomplished and joyous, instead all I feel is fear and sadness.”

In response to the sentencing, Police Chief Johnnie Adams with the Santa Monica College Police Department shared, “We deeply appreciate the hard work and diligence of the prosecutors of the Santa Monica City Attorney’s Office. Violence and hate are never to be tolerated in any setting. We are thankful that justice was served.”

“No person should be subjected to hateful activity and the Santa Monica City Attorney’s Office is committed to ensuring that everyone can enjoy full and equal access to Santa Monica College and other civic institutions,” said Terry White, Chief Deputy City Attorney for the Criminal Division.