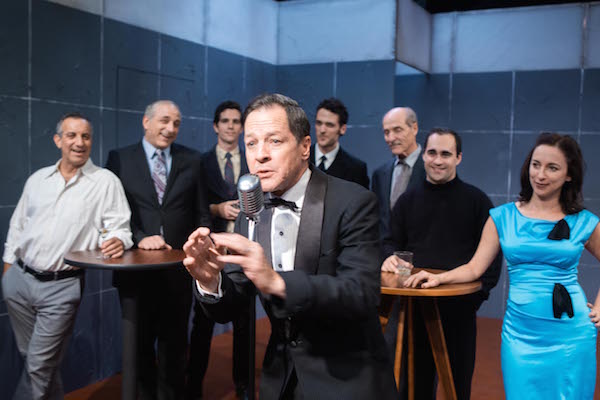 Rogue Machine Theatre has arrived on the Westside! As one of L.A.’s top theatre companies (Ovation Award – 2017 “Best Season” and 2-time recipient of the Polly Warfield Award for an Excellent Season from the Los Angeles Drama Critics Circle), they will be continuing with their 2018 season at the Electric Lodge in Venice.

KCRW’s nod to them as a “Best Theatre” was one of the highlights of Rogue Machine previous seasons, as was receiving a Shubert Foundation grant awarded to select theatre organizations for their artistic achievement. A recipient of the American Theatre Wing’s 2014 National Theatre Company Grant, given only to 12 theatre companies in the country, Rogue Machine (“Best Production” for three years at the Ovation and LADCC Awards) presents plays that are new to Los Angeles. The company garnered recognition for their work in upwards of 75 awards and nominations.

Currently running is the American premiere of “Oppenheimer,” by Tom Morton-Smith. It introduces audiences to the father of the Manhattan Project and to the group of scientists responsible for the atomic bomb.

“A blast from start to finish…ambitious in the very best way,” writes Time Out London.

It’s 1939 and Franco marches on Barcelona. Fascism is spreading across Europe. Two German chemists discover the processes of atomic fission. In Berkeley, California, theoretical physicists recognize the horrendous potential of this new science: a weapon that draws its power from the very building blocks of the universe.

Ambitious and charismatic, J. Robert Oppenheimer finds himself uniquely placed to spearhead the largest scientific undertaking in all of human history. The Manhattan Project and the creation of the atomic bomb touted as a solution to end World War II, and all wars.

“Rogue Machine Theatre’s production of Oppenheimer is simply one of the best plays I’ve ever seen. A dramatic tour-de-force. The cast is all-around great…don’t dare miss this production that epitomizes the stage at its very best. Run – don’t walk,” writes Hollywood Progressive.

The final production of Rogue Machine’s 2018 season will be “Finks,” starring French Stewart and Vanessa Clair Stewart, opening on November 10 at 3 p.m.

On the verge of TV stardom, a comic meets an actress/activist, their romance blossoms—as does their risk of being blacklisted for their political activities. The House Un-American Activities Committee, tasked with exposing communist subversion, conducted hearings which lead to more than 300 directors, actors, radios personalities, and screenwriters to be boycotted by studios. Friends were turned against friends and family. Most who were named never recovered their careers. Those who willingly testify—naming others to the committee—will be branded as “finks.”

By admin November 2, 2018
in Life and Arts, News
Related Posts