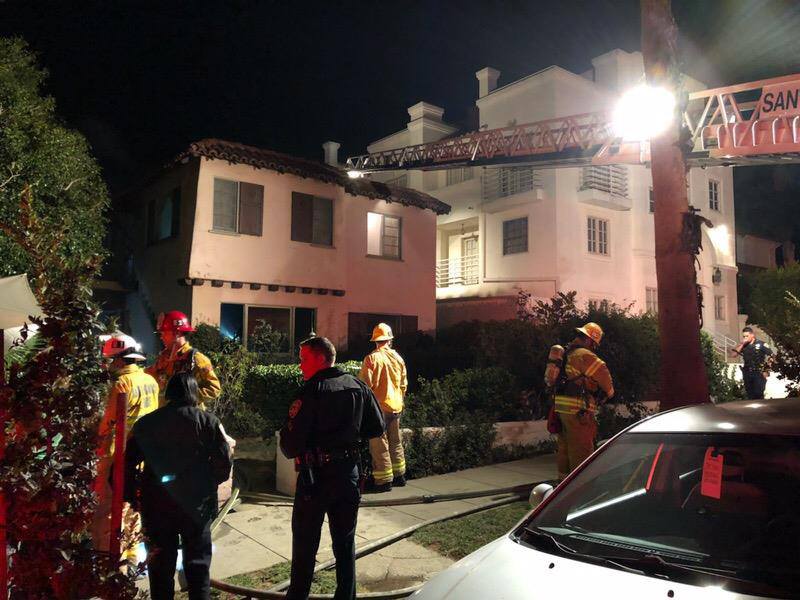 Early Sunday morning a unit within a two-story apartment building on the Northside of Santa Monica caught fire, displacing one resident.

At 4:55 a.m. on Sunday, November 11, the Santa Monica Fire Department (SMFD) received multiple calls reporting a structure fire on the 900 block of 18th Street, between Idaho and Montana avenues.

“SMFD Firefighters arrived in 4 minutes and 31 seconds to a 2-story apartment building with 1 unit on the first floor well involved with fire. 27 Firefighters work[ed] aggressively to fight back the blaze, which was beginning to spread to the apartment units on the second floor,” reads an SMFD press release.

The majority of the fire and associated damage was confined to the first-story apartment unit where the blaze initiated, with partial damage occurring to the unit above.

According to the SMFD, there were no injuries reported to occupants or first responders. One occupant, however, was displaced due to the fire. Firefighters were aided by the Santa Monica Police Department and McCormick Ambulance.

The cause of the fire is currently under investigation by SMFD investigators.