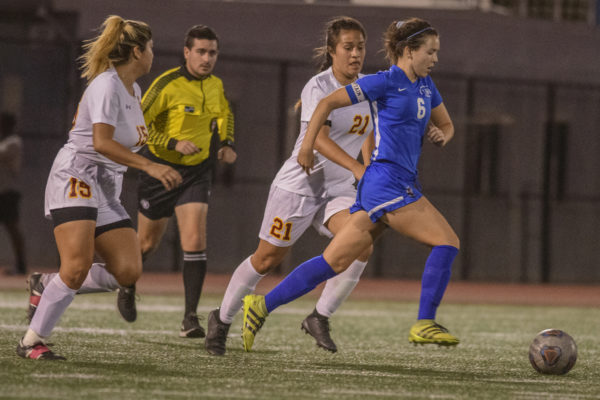 The Santa Monica College Corsairs women soccer team is enjoying quite a season as the number six ranked team in California. In a testament to their success this season, when the women lost a tight 4-3 game to LA Valley College on October 23, it was the team’s first loss in six weeks.

LA Valley dominated the first half, scoring the first three goals of the game. SMC got on the board with nine minutes left in the half with a goal by Giselle Lopez. Ana Gutierrez got SMC within one point of tying the game with a goal to open the second half before LA Valley regained the lead in the 70th minute. A goal by Filippa Struxsjo in the 78th minute put SMC within one-point, but time ran out, and the women were handed their first loss in six weeks.

With the loss, the women’s record stands at 11-2 with four ties. Up next for SMC is a home game versus LA Pierce College at 3 p.m. on Friday.