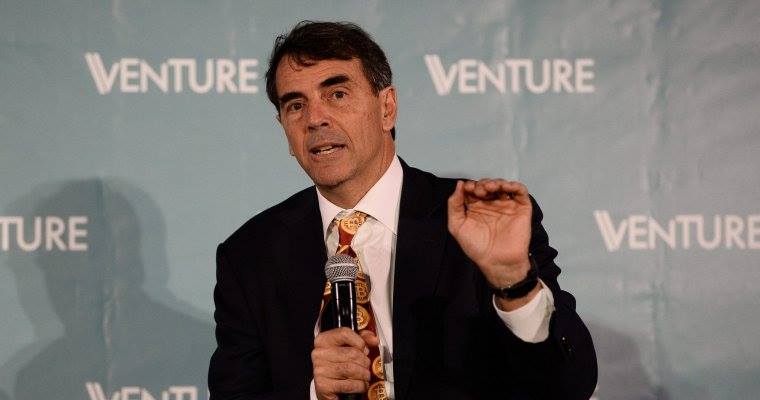 When it comes to splitting California into two or more new states, silly season never seems to end.

Since 1940, at least 27 efforts to alter this state’s boundaries or divide it into as many as six new states have arisen and failed. The closest any came to success was last spring’s effort by venture capitalist Tim Draper to create three states from this one, which drew enough initiative petition signatures to qualify for the November ballot, but was dumped by the state Supreme Court.

Draper since has said he won’t try again soon, having failed twice in three years, first with a “Six Californias” effort and then with his stillborn multi-million dollar petition drive for three states.

But that’s not ending the notion of making multiples out of California in a sort of reversal of the national “E Pluribus Unum” (Latin for “From many, one”) motto seen on coins from pennies on up.

Proponents of the so-called “state of Jefferson,” including multiple counties in Northern California and southern Oregon, have been making their pitch since the early 1940s, but have made little headway. This idea got its biggest boost after the 1960s “one person, one vote” decision of the U.S. Supreme Court deprived rural counties of much of their previous representation in the state Senate.

But the silliest and most politically transparent effort yet is now up for its turn in whatever spotlight gets thrown on state split ideas. This one is called “New California,” and it has yet to draw definite boundaries, but its website (https://www.newcaliforniastate.com/) makes clear that this may be the most politically motivated state split concept ever.

For one thing, while backers of the proposal haven’t yet drawn a definite map, they do display a tentative one, giving “Old California” a strip of coastal counties from Los Angeles north to Marin County, and veering inland from the San Francisco Bay Area to Sacramento – essentially plopping the vast majority of the state’s Democratic voters into one state and leaving the remainder of California to go Republican.

The political motivation becomes most clear in the 29 “grievances” the website lists as causes for wanting to separate. “After years of over taxation, regulation and mono party politics, the state of California and many of it’s (sic) 58 counties have become ungovernable,” the backers say. They then cite the often unreliable and sometimes alt-right website Breitbart News as saying far more Californians move to other states than residents of other states move here.

But they say nothing about the likely motive for this smaller-than-reported phenomenon: California homeowners cashing out on high real estate prices and moving elsewhere to enjoy their often very large profits.

Further, in Grievance No. 29, they say “The California communist government in conjunction with the communist state executive instituted wherever the current communist governor (Jerry Brown) has usurped power has created a reign of terror on United States citizens living in California with the intent to secede from the United States of America and thus destroy the very Union of states which gives us our liberty and freedom.”

They call all this a “betrayal by the sitting communist governor…”

Brown, a wealthy landowner and rancher who plans to retire to his spread in Colusa County, might be surprised to learn he’s that much of a pinko commie. Nor has he usurped any power, having been elected four times as governor and once as attorney general, all by large margins.

Which makes the New California movement perhaps the most blatant bid yet to remove parts of California from the Democratic political domination consistently furthered by the state’s populous coastal counties.

The clear hope of the backers is to get two Republican senators for their new state and end a lot of environmental regulations. That might not be a guaranteed outcome, though, as much of the putative New California – including Inland Empire counties like Riverside and San Bernardino – are the state’s most smog-plagued and benefit most from clear air rules.

All of which makes New California look like a clumsier version of several earlier state splitting efforts which went nowhere.