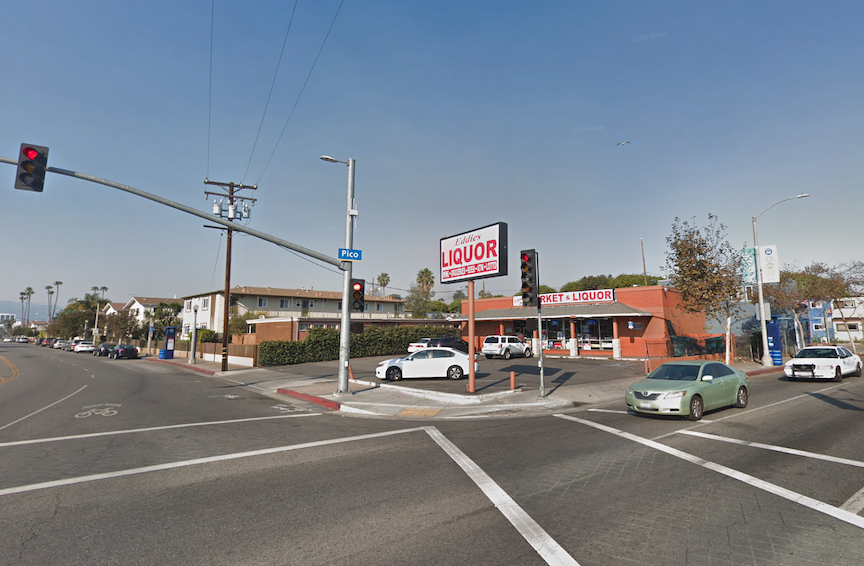 A woman was shot and wounded Friday night in the parking lot of Eddies Liquor & Jr. Market after getting into an argument with a bicyclist. At the time of publishing, the shooter, an unshaven male in his 30s with dark hair, is still at large.

The shooting took place at around 7:22 p.m. in the parking lot of Eddies Liquor at the corner of 20th Street and Pico Boulevard. According to the Santa Monica Police Department, the incident was initiated when the woman, who was in her car, got into a verbal altercation with a bicyclist in the parking lot before the bicyclist drew a gun and shot the car.

According to the SMPD, the women suffered a superficial wound after one of the bullets penetrated the car’s frame and seat cushion and struck the victim.

Police located the victim at the hospital where she was being treated.

The suspect was described by the victim as a white, unshaven male in his early 30s wearing dark clothing.

Over the decades, Eddies Liquor has been the scene of a handful of gang-related shootings but police believe Friday’s incident to be isolated and not gang-related.