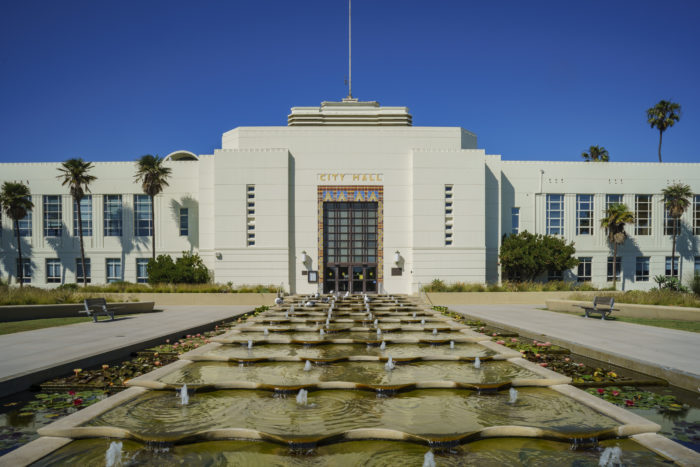 Midterm elections are around the corner, and while it is easy to get wrapped up following the races for the United States Congress and California propositions, equally important are the four City of Santa Monica municipal ballot measures that residents will vote on. From setting stricter development standards   (Measure SM ) to authorizing a $485 million school bond (Measure SMS) these four ballot measures stand to have a tangible impact on the lives of Santa Monicans. Also on the ballot is measure TL, which would set term limits for City Councilmembers. While the Santa Monica Mirror is not endorsing any candidates, we do recommend voting for candidates who support Measure TL.

Here is how the Santa Monica Mirror recommends voting on these four initiatives.

If Measure SM passes, a supermajority approval would be required by City Council for any projects within either the Land Use and Circulation Element (LUCE) or Downtown Community Plan (DCP) that would exceed the existing height or floor area ratio limits specified in the City’s zoning code. Exempt from this supermajority requirement would be 100 percent Affordable Housing Projects and developments on property owned by the Santa Monica-Malibu Unified School District (SMMUSD).

The Santa Monica Mirror reccomends a “yes” on Measure SM. Currently, any project that exceeds zoning limits has to be approved by City Council with only a  simple majority, allowing many controversial development proposals to pass with a 4-3 vote. By requiring the vote of one more councilmember to approve such projects, developers will be less likely to come to City Council with controversial proposals that might lead to overdevelopment.

The Santa Monica Mirror is recommending a “no” vote on Measure SMS. While we support our public schools and we support our City, at the end of the day we support the residents of Santa Monica, and measure SMS has the potential to harm residents. SMS would burden taxpayers in Santa Monica with $485 million in interest in the coming years. The measure would levy up to $40 per $1,000 of assessed property value for homeowners. The average home price in Santa Monica is $1,756,000, meaning the average homeowner will owe roughly $700 under measure SMS, levied as early as 2019, on top of the nine other SMC and SMMUSD taxes and bonds Santa Monica taxpayers are already paying.

In addition, as the City of Santa Monica and the State of California face a looming pension crisis, the Mirror does not think it is fair to burden taxpayers additionally with Measure SMS. According to the California Policy Center, Santa Monica City Hall’s total pension costs are expected to increase by nearly 75 percent by the fiscal year 2024-2025. City Manager Rick Cole wrote an op-ed for the Mirror in September saying “for cities like Santa Monica, the reality is stark. The total pension shortfall for Santa Monica is approximately $450 million.”

The City will have two options to repay their pension debt: raise taxes or cut services, both of which would harm Santa Monica residents. Measure SMS taxes, which the City estimates would be levied until 2054, would only add to this burden.

In a time when the City should be practicing fiscal responsibility, Measure SMS is anything but fiscally responsible. While there is a list of authorized projects the bond could fund, the measure states that “specific examples included on this list are not intended to limit the broad types of projects described and authorized by this measure.” In the next two years, if the City gets a better grasp on addressing their pension obligations and the school board comes to voters with a school bond in 2020 that includes a line-item specifying how the $485 million will be used, the Mirror would support such a bond. The reality, however, is that the City has not developed a sound plan to deal with the looming pension crisis and Measure SMS includes no guarantee on how funds will be used, and thus we recommend a “no” vote.

Editors note: because of space and page constraints, the print version of this article contains a less detailed explanation of why we are not endorsing Measure SMS. After we were contacted by some residents confused about why we are recommending a “no” vote, a more detailed outline of our argument against Measure SMS was included in the online version of our voter guide.

The Santa Monica Mirror is urging a “yes” vote on Measure RR as it would expand opportunities for civic engagement and resident participation, by giving anybody living in Santa Monica, not just “qualified electors,” the opportunity to serve the community.