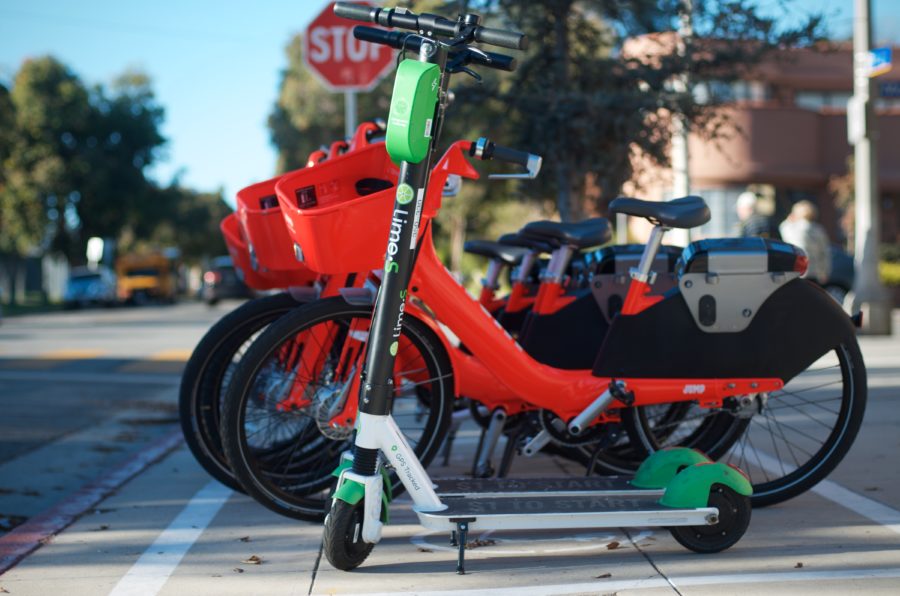 A little over a year after Bird launched their first e-scooters in Santa Monica a multi-billion dollar transportation behemoth is courting the company: Uber.

As reported initially by The Information, and later by the Financial Times and Mashable, Uber is pursuing a deal to buy either Bird or Lime. These speculations come less than a month before Uber is set to go public in early 2019 and some estimates have evaluated the company’s worth at $120 billion.

The Santa Monica Mirror has reached out to Bird, Lime and Uber seeking confirmation about a potential deal, but at the time of publishing, only Uber had responded, declining to comment.

This news comes a week after Uber’s ride-hailing rival Lyft acquired electronic-assist bike company Motivate and signals a competitive escalation between transportation companies looking to capture the greatest share of riders. Speaking at a tech conference this summer, Uber CEO Dara Khosrowshahi said he hopes to make his ride-sharing service the Amazon of transportation.

Uber already has quite the presence within the Santa Monica transportation scene. In addition to their ride-hailing services, they also have 250 Jump e-scooters and 500 red Jump bikes under the City of Santa Monica’s Shared Mobility Pilot Program. On top of this, Uber also owns a minority stake in Lime, but the move to acquire a scooter company comes as the e-transit marketplace has heated up.

In November, Ford acquired e-scooter company Spin for around $100 million. Lime recently launched shareable cars, Lime Pods, in Seattle in addition to announcing plans to build brick and mortar stores in cities throughout the United States. Earlier this week, Bird launched Bird Platform, a service that allows independent operators to purchase custom branded scooters from Bird and rent them out to riders. (See top story page 7)

While buying either Bird or Lime would give Uber an edge on their competition, it won’t come cheap. Despite their status as young companies, Bird and Lime would both come with a price tag. This summer, Bird was valued at $2 billion while Lime touts a valuation of $1.1 billion. In addition, combined Bird and Lime have raised over $1 billion in venture capital in a year, making them two of the quickest companies ever to amassed such funds.

It remains unclear if Uber will be successful in pursuing a deal to purchase Bird or Lime. Both companies, as indicated by their expansion beyond scooters, have shown that they have their eyes set on being leading companies in the future of transportation, not a subsidiary of one. Regardless of the outcome of talks with Uber, Bird and Lime have come a long way since the first rider stepped on a Bird in Santa Monica a year ago.