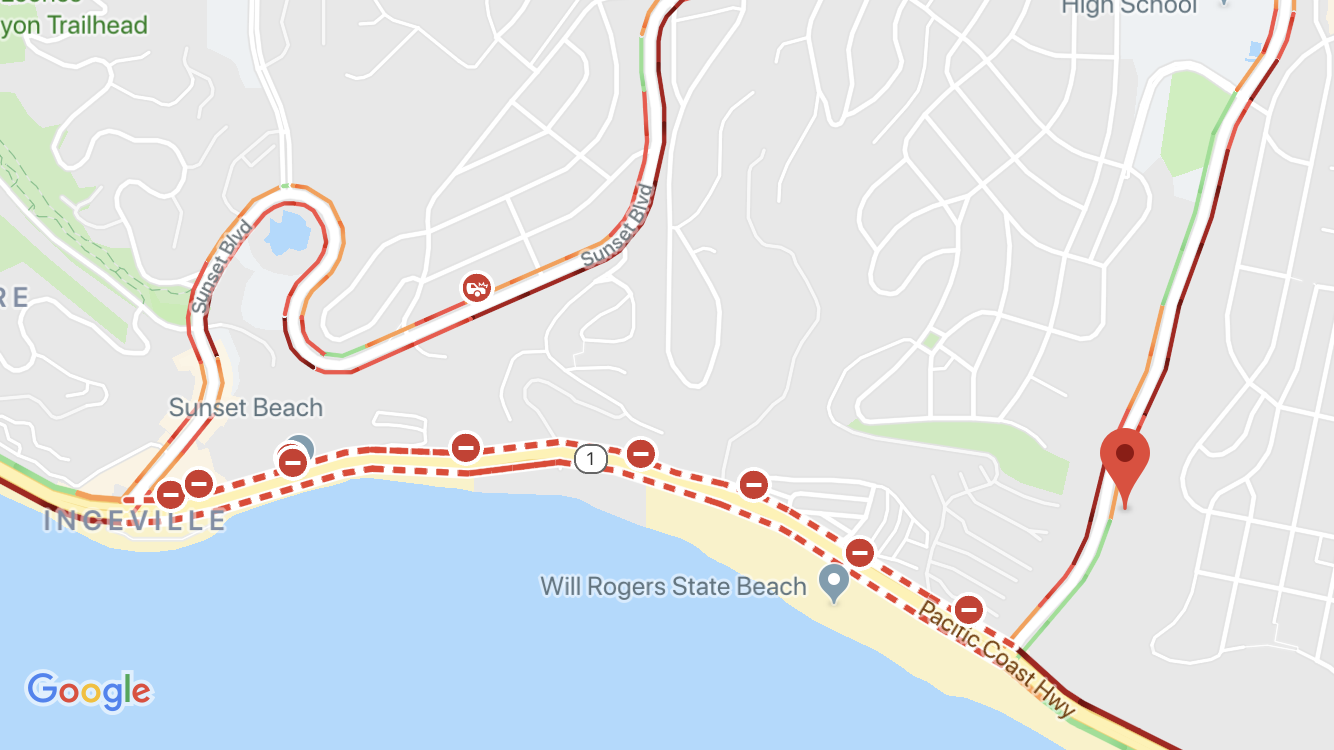 A big rig crash Thursday afternoon knocked down power lines on the Pacific Coast Highway (PCH), forcing an hours-long closure of the PCH between Sunset Boulevard and Temescal Canyon Road in Pacific Palisades

The Los Angeles Department of Water and Power (LADWP) is currently working to repair the incident and says the lanes will be open by 5 p.m.

“Crews immediately got to work and power has been restored. The LA agency notes lanes are expected to reopen by 5 p.m.” CalTrans said in a tweet.

Los Angeles Department of Water and Power (LADWP) personnel arrived on the scene of the accident to find two individuals trapped inside a big rig truck. According to LADWP, the big rig had clipped a power line.

LADWP crews discovered that the power line was still energized, and therefore one worker remained with the truck occupants to ensure they stayed safely inside the truck while the remaining crewmembers de-energized the power line.

Both of the big rig occupants were ultimately able to escape the crash unharmed.

In parts of the Pacific Palisades, power was out for a short period of time, but was soon restored to residents.