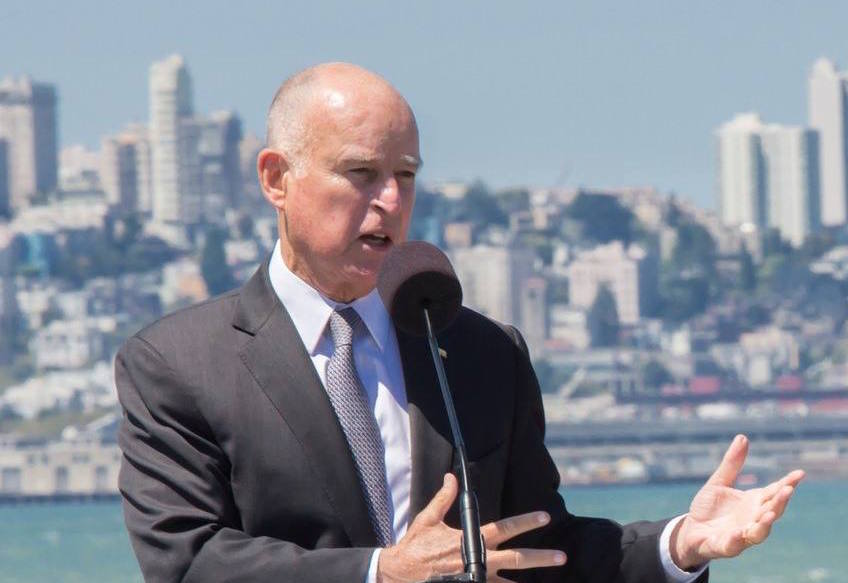 About a month from today, a new governor will sit in the state Capitol’s “horseshoe” suite and face some problems that not even the hyper-active and often contemptuous soon-to-be-ex-Gov. Jerry Brown could not solve.

Those problems will obscure neither Brown’s achievements nor his failures.

When Brown took office in early 2011 for the first term of his second go-‘round as California’s chief, the state faced a huge budget deficit of $27 billion, which he turned into both a positive and a large rainy-day fund via a combination of parsimony and the political courage needed to run a major tax-increase ballot initiative, one that now forms part of state government’s financial base.

He also inherited from predecessor Arnold Schwarzenegger an over-budget High Speed Rail project that faced numerous legal challenges over items as basic as acquiring the land for laying tracks. The so-called “bullet train” has not exactly proceeded with bullet-like speed and today is even more over-budget and behind schedule than when Brown took over, while still facing most of the same legal problems.

Mark that one as a problem not solved, which Gov.-elect Gavin Newsom will inherit.

Brown helped appoint former Arizona Gov. Janet Napolitano, also a former Homeland Security Secretary, president of the University of California and did little while she and her aides accumulated a $175 million slush fund at the same time students were assessed roughly the same amount in tuition increases.

He’s been a leader in the global movement against climate change and last fall even dared the world to revive the “Gov. Moonbeam” tag once applied to him by the late Chicago columnist Mike Royko, promising California will “launch our own damn satellite” to track global warming. Royko coined the nickname in the late 1970s, when Brown previously advocated a state satellite.

Brown sees the putative new space project as one part of California’s resistance to climate change reluctance from President Trump, who ordered federal agencies like NASA and the National Oceanographic and Atmospheric Agency not to track worldwide temperature changes. Newsom said in October he likes the satellite idea.

If there’s a large negative in how Brown is remembered, it likely will come over the corruption his appointees spawned at the state Public Utilities and Energy commissions.

The PUC consistently favors utilities over their customers and never penalized any commissioners who helped orchestrate a settlement between the Southern California Edison Co. and its customers on the costs of closing the San Onofre Nuclear Generating Stations. That deal was illegally reached in a secret meeting involving former PUC President Michael Peevey. Peevey has supposedly been under investigation for his role, but that alleged probe is now more than four years old, with no result. Meanwhile, Atty. Gen. Xavier Becerra, a Brown appointee just elected in his own right, won’t say where it stands.

Similar collusion by Peevey and other PUC members with Pacific Gas & Electric Co. has also gone unpunished, while costing consumers billions of dollars.

At the Energy Commission, highly questionable multi-million-dollar “hydrogen highway” grants favoring automakers and big producers of industrial fuel were first pulled back by commissioners after this column exposed the cronyism behind them. Most were re-instituted to the same recipients after the commission changed its rules a short time later. Brown did and said nothing about this scandal, then reappointed the commission chairman who oversaw it.

And he did nothing to prevent the “motor voter” debacle at the Department of Motor Vehicles, which has mis-registered thousands of voters.

So how will Brown be remembered? Most likely as a governor who solved some problems he inherited and worked hard against climate change. But his legacy will also include doing little about corruption and virtually ignoring the state’s biggest financial problem: Its massive public pension deficit.