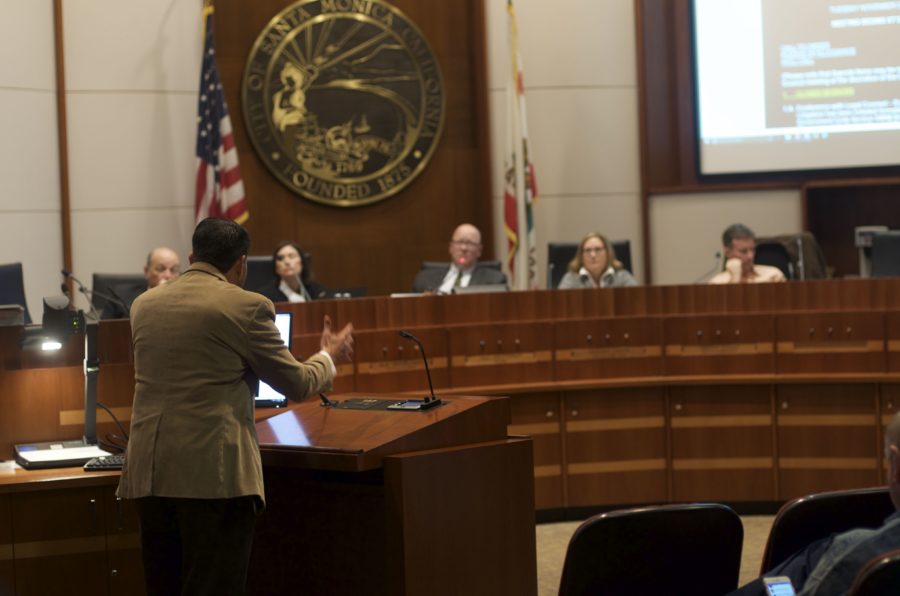 The City of Santa Monica says they are “pleased” with a judge’s recent tentative decision in the voting rights against the city but are still considering an appealing after a final ruling has been issued. An attorney representing the plaintiffs, however, says that an appeal may not be granted while claiming that the current City Council is sitting illegally.

“The Court commands and orders that from the date of entry of this judgment, Defendant’s elections for, and any seats on, the City Council be district-based elections, as defined by the California Voting Rights Act, and in accordance with the map attached,” Judge Palazuelos wrote. (See map below).

The map included with the decision only includes boundaries for a Pico-Neighborhood district. After public hearings and community input, the City will draw boundaries for the other districts, something Santa Monica City Attorney Lane Dilg said the city was pleased about.

“We are pleased that the court appears to have affirmed that any district-based system imposed in Santa Monica will be drawn with a Pico Neighborhood district as set forth by the court but with public hearings and a full opportunity for community input with respect to other districts,” Dilg said.

Dilg did, however, state the City continues to believe their election system is fair and inclusive.

“The City continues to believe that the evidence at trial showed that its electoral system is fair and inclusive. Latino representation on the Santa Monica City Council exceeds the citizen voting age population in our community and Latino-preferred candidates have been elected to the Santa Monica City Council over seventy percent of the time under the current electoral system,” Dilg said.

In addition, the City Attorney’s Office said that they have not taken the possibility of an appeal off the table.

“The City of Santa Monica will carefully consider all legal options, including appeal, once the court has issued a final ruling,” the City Attorney’s office said in an email to the Santa Monica Mirror.

Rex Parris, an attorney representing the plaintiffs in the case, told the Mirror, however, that he is not sure the courts will grant the City an appeal.

“I don’t know they can drag it on,” Parris said. “They will certainly try to appeal it but she [Judge Yvette M. Palazuelos] is not granting a stay and I don’t know if the applet court will grant an automatic stay on this. It could be the very next election if not immediately. Right now that Council is sitting illegally,”

The case, filed by plaintiffs Pico Neighborhood Association, Maria Loya and Advocates for Malibu Public Schools alleges that Santa Monica’s at-large election system dilutes Latino/a voting power in violation of the California Voting Rights Act (CVRA) and discriminates against Latino/a voters in violation of the Equal Protection Clause of the California Constitution. On November 5, Judge Palazuelos issued a decision siding with the plaintiffs.

Both sides are due back in court in January for a final ruling.