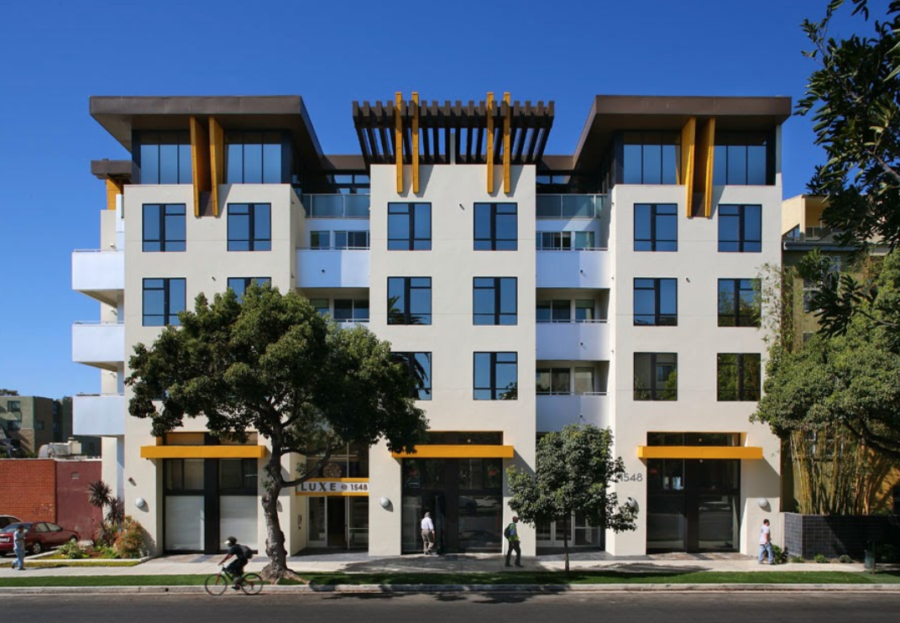 This past Tuesday at the Santa Monica City Council meeting, residents and officials discussed different ways that they could potentially define and regulate medium-term housing intended for corporate use.

“As a city with approximately 75 percent of its residents in rental housing, the City has maintained a long-standing commitment to protecting tenants and existing housing stock, particularly in rent-controlled housing,” the staff report states. “Within the broad context of a statewide housing shortage and associated impacts on housing affordability, the City has an interest in ensuring that this valuable resource is retained for permanent housing to the greatest extent possible.”

Shawn Landres, a member of the Planning Commision speaking as a resident, urged for this kind of housing to be classified as a commercial usage.

“We really need more tools like domicile permanent residency,” Landres said, “and we also need some clarity from council around how we can adapt congregate, SRO and Assisted Living-type housing to reflect the evolution of permanent residency housing designed particularly for seniors who are looking for new models of co-housing.”

Linda Pierre-Avila, a senior citizen and active member of the community, urged for more protection for long-term residents, and recounted some examples of occurrences in her building.

“This past February, this corporation named Coastline based in El Segundo purchased our 20 unit building,” Pierre-Avila said. “Prior to their purchase, we had the same owner for all of my 38 years living there, no problems. Since their purchase, the remaining tenants living in the building [are] chronically stressed, worrying about what will happen next, as [the new owners] find legal loopholes and other means of pressure, sometimes questionably legal, to get us long term tenants to move out.”

Pierre-Avila went on to mention that as the newer, often younger tenants, get bought out, the renovation is carried out “in the most disruptive and noisy way possible,” noting that tenants have had to deal with debris, dust and fumes. As far as she is aware, only nine other long-term tenants remain in the building.

“[The new owners] don’t take phone calls, they request emails, then they don’t answer the emails,” she adds, “if they do the response is insufficient. They probably hope tenants will give up and move out. I feel that stronger regulations are needed to protect tenants if you want to retain housing stock for long term residents including seniors and disabled people who are on fixed incomes.”

When asked by Councilmember McKeown, Pierre-Avila revealed that she had been offered a buyout in the sum of $37,500.

“$37,500, in today’s market that won’t go very far,” she said, adding that her residence is specially equipped for herself and her disabled husband whom she takes care of. “It would be a hardship for us to move out.”

“I had a handful of people who were going to come and testify this evening, and I’m here without them because they’re flat-out afraid to testify,” she said. “They don’t want to be targeted by their landlord. One tenant said he was told [in a phone call with a city staff member] to be careful as a tenant [in his building]. So I’m really worried about that tennant.”

She mentioned other tenants who have told her that they received three-day notices after speaking at a council meeting in August. Kennedy went on to urge the city to protect working families from losing out on housing options to business executives looking for more medium-term housing.

“I ask, how did entertainment execs get in the queue before working families? I think if you take the time to entertain zoning policies or incentives to make new models work to correct the wayward uses,” Kennedy said. “[The affordable housing options are] being chipped away by bad actors who want more, and more and more.”

Councilmember McKeown shared some concerns over an advertisement for corporate housing which he had seen online.

“What can we do to control the advertising of so-called corporate housing? I have in front of me a webpage from a very well known property company that goes by its initials, advertising Santa Monica corporate housing,” he said, “despite the fact that in 2004 I helped this council pass a law grandparenting the existing corporate housing and saying there was no a legal use in the city. How do they get away with that?”

NMS, a Westside real estate management firm, may be the company McKeown was referring to. On their website, NMS is currently advertising their corporate housing program, something that is illegal under Santa Monica law. The Santa Monica Mirror has reached out to NMS via both email and voicemail asking about this program, but at the time of publishing have not received a response.

The Mirror reached out to the City Attorney’s office on the legality of such an advertisement.

After McKeown finished speaking, Councilmember Ted Winterer gave his thoughts on the issue.

“My primary concern is with what goes on with our rent control housing stock,” Winterer said, adding that he believes the city needs to raise civil fines and penalties for the kinds of violations mentioned throughout the meeting.

“The one thing I do want to note is that the reason we are seeing this and why its happening in cities throughout the country, is capital is figuring out how to make a return on an investment.”

Winterer noted that if such a demand for medium-term housing exists in the city, the city should find ways to allow it in a way that doesn’t take away opportunities from other who need more affordable housing, potentially by keeping such housing in commercials zones.

“So that we do create the opportunities for the educators, the people visiting friends at hospitals to have some sort of medium-term housing in the city, without putting that pressure from that marketplace in the residential districts,” he added, “particularly on the rent controlled housing.”

The councilmember suggested that such companies that can charge higher rates for shorter rental terms should try and contribute to making other units less expensive.

“If you’re given the opportunity to make more money per square foot on market rate housing because you’re renting for shorter term, then you give the city back something in the way of greater affordability in the other units,” Winterer said.

In conclusion of the agenda item discussion, City Manager Rick Cole said that the city staff would return with a more concrete set of recommendations for the city to proceed with.