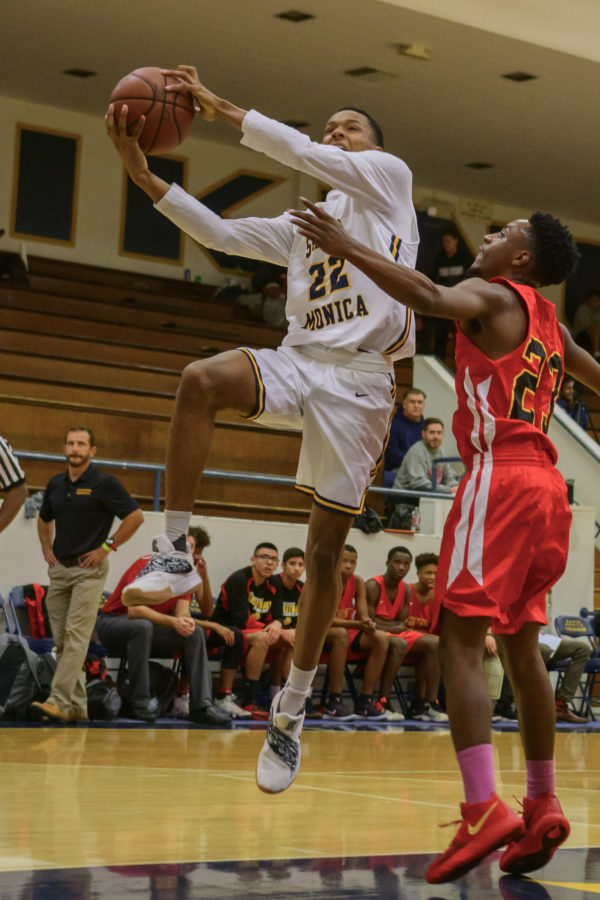 The Santa Monica High School Vikings boys basketball team won big at home on Friday, Dec. 14, beating the Hawthorne High School Cougars by a score of 111-13, the largest margin the Vikings have won by this season.

Almost as impressive as the score was the first quarter, where the Santa Monica boys outscored Hawthorne 32-0. The second quarter was nearly as lopsided, with the Santa Monica holding Hawthorne to four points, as the Vikings walked away at halftime up 55-4.

The second half of the game started with a somewhat competitive third quarter, with Hawthorne scoring nine points, but in the fourth quarter, Santa Monica held the Cougars scoreless again to earn a 111-13 victory.

After this lopsided win, on Dec. 22 the Vikings dropped a close 62-52 game versus Loyola High School. On December 26, the boys got back on the winning track and picked up a 64-60 victory over Wilson High School. The Vikings’ record stands at 9-3 as the boys sit atop the Ocean League standings.