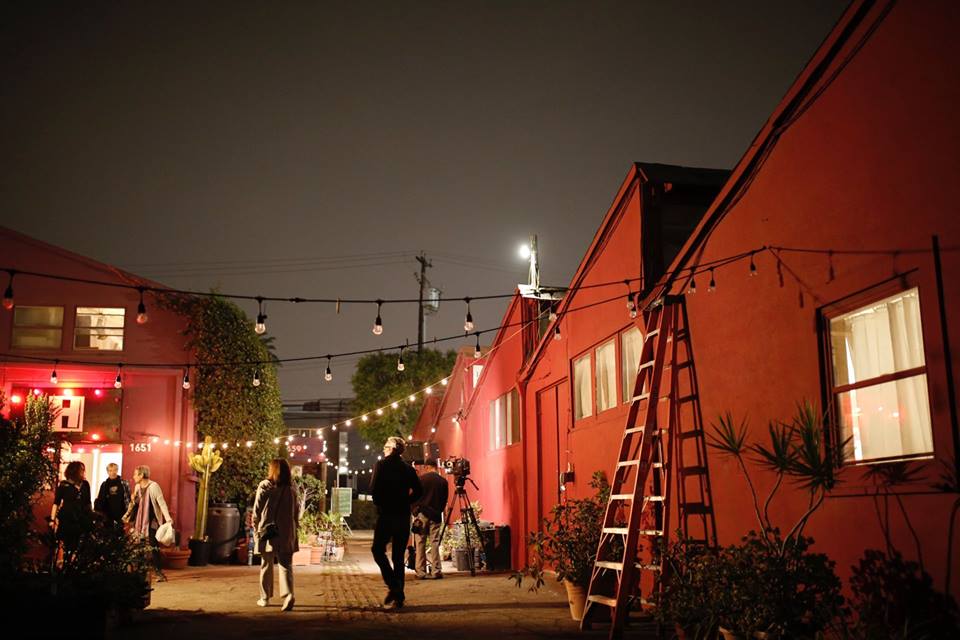 Santa Monica has long been celebrated as an Arts Community where diversity and creativity are prized. The Arts at Bergamot Station, the Santa Monica Airport Arts Studios and the 18th Street Arts Center are among the treasures of our community. These centers for the Arts are renowned for bringing artists together to collaborate and create. Diverse artists bloom in Santa Monica and make our town a world-class arts destination. Over 40% of our employed population lists their career path as some facet of the Arts, so creativity must flourish in our town. Both Bergamot and the Santa Monica Airport Art Studios are on city-owned land, which shows that our city has invested in the ability of artists of all ages to thrive. I’m fond of saying that the arts includes musicians, dancers, filmmakers, playwrights, writers and visual artists, as well as sculptors, painters, muralists, and other facets of the creative arts. All three of our significant arts complexes are multi-disciplinary, and that’s a large part of their charm.

In 2018, Santa Monica was forced by the Federal Aeronautics Administration (FAA) to adjust the rents and management system of the Santa Monica Airport Arts Studio. This durable old 22,000 square-foot airplane hangar houses 35 artists in 29 studios, and those tenants now have to pay “market-rate” rents for the studio spaces that they lease from our city. The master lessee of the hangar will no longer handle the rent rolls of the facility. To facilitate the changeover, the city advertised a request for proposal. Two local groups replied to the RFP. The current leaseholder, Yossi Govrin, adjusted his management entity, proposed forming a non-profit, secured a Board of Directors and re-branded himself into the Maxima Art Initiative. The non-profit 18th Street Arts Center also replied to the city request, as did one other group, which was not a local entity. A panel of outside experts then viewed the RFP. The jury chose the 18th Street Arts Center to take over management of the Santa Monica Airport Art Studios in 2019.

Both 18th Street and the Airport Arts Studios support artists. Both allow for the creation of and exhibition of art, and both have ancillary uses on site for a multi-disciplinary approach. However, as with Wayne Blank at Bergamot Station (formerly a water heater factory), Yossi Govrin was a visionary who in 2004 created the Santa Monica Art Studios at SMO out of an empty dilapidated airplane hangar, replete with pigeons and holes in the roof. He became the master leaseholder of the complex. The Santa Monica Art Studios draws thousands to its special shows and is a thriving arts community.  Now two arts providers are pitted against each other in our town. With so little available space, high rents and an arts community which is increasingly at risk, it seems bizarre that 18th Street wants to take over the art studios at Santa Monica Airport and that the visionary who created that space could be forced out. Knowing that our city is currently faced with a rampant departure of small businesses, and that we desire to be a city known for harboring creativity in all fields (e.g. Silicon Beach), it seems odd that Yossi Govrin could be forced out of a business model that he created here. And, his model differs from the equally good model at 18th Street. The Santa Monica Airport Art Studios emphasize the incubation of young, undiscovered artists and allows ample open space to show their creations. It’s essential for our city to provide a diversity of vision to the Arts. To consolidate the few arts operators in our town will not do our artists, their patrons or our residents’ justice. Students can visit two unique complexes that offer contrasting educational opportunities. Hundreds of residents of Santa Monica and neighboring communities patronize the18th Street gatherings as well as the Airport Art Walks.

Pertinent to this RFP is the fact that the management team the SM City Council selects will only be in place for two years, at which time the process will be repeated. Admittedly, 18th Street has deeper pockets than the Maxima Art Initiative (Yossi Govrin) however since the City provides structural maintenance funding is not relevant. The City is offering to contribute $200,000 annually to the management team selected to oversee the Santa Monica Airport Art Studios. That seems like an insignificant amount for programming and event management, yet it will have to do. Yossi’s team have shown that they can manage the Arts complex. They had the vision and guts to jumpstart their studios in this abandoned hangar and they are still open for business because of Yossi’s determination, backbone, and imagination.

The Arts Commission reviewed the RFP at its November meeting and conducted an exhaustive three-hour hearing. After a significant amount of public comment and internal discussion, the Commission voted to retain Yossi Govrin’s Maxima Art Initiative as the management team going forward.  Subsequently, the Commission was advised that they were not allowed to weigh in on this RFP. Our city attorney voided their vote. In addition, a member who should have recused himself failed to do so. Be that as it may, the Arts Commission took a stand actively supporting the existing operation’s retention and at the same time registered praise for the continued success of the 18th Street Arts Center.

This convoluted mess now journeys up the ladder to our City Council on Tuesday, December 18th. The Council has been instructed by staff to either a) approve the RFP, transferring management to 18th Street or b) call for a new RFP. Of course, the Council could decide to award the continuing management contract to the founder of the Santa Monica Airport Arts Studio for the next 24 months and then widely advertise a new RFP in 2020. At that time we will know whether Yossi and his crew can successfully navigate the new realities of the Arts Complex or if the “deeper pockets” of 18th Street are needed. The swirl of discussion about the management of the Arts in this rehabbed airplane hangar circumvents the most salient point of all – are the artists thriving?  Is the turmoil interrupting their creativity? Will the existing artists survive what appears to be a corporate takeover of an arts complex in Santa Monica?

Having listened to the public testimony at the Arts Commission hearing in November and received the petition signed by 31 of 35 tenants asking the city to retain Yossi and his team, I believe the Arts are served best by continuity, not upheaval. The 18th Street Arts Center is planning a $15 Million renovation of their funky little complex. Let them complete that (and donate to help them achieve their goals) before expanding to SMO. Our city is changing so rapidly. Isn’t it nice to know that individuality can still exist in our densely populated town where every new building is a cookie cutter apartment complex? The Santa Monica Airport Arts Studios is a gem of our city. Let’s celebrate the Arts and celebrate the bravery of the founder. Money shouldn’t win every time, especially where the Arts are concerned.  Retain the Maxima Arts Initiative and Yossi Govrin as the managers of the Airport Arts Studio. After all, it’s only for 24 months and, it’s their baby! They deserve that consideration.