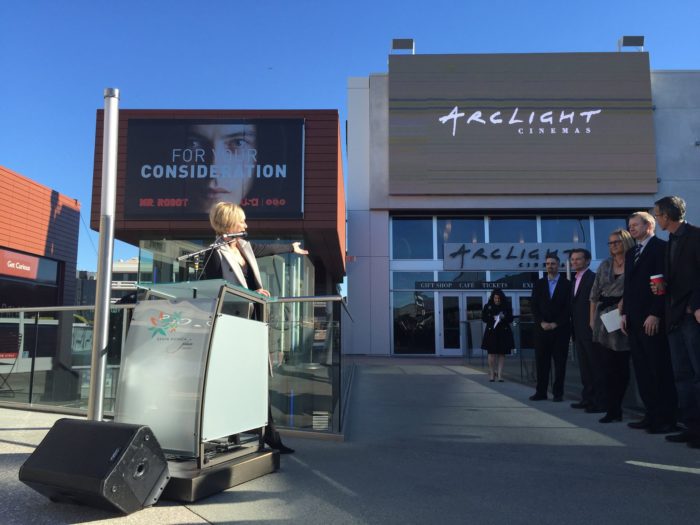 A Los Angeles City Councilmember wants to require all movie theatres and large-scale entertainment venues in the city to provide a vegan entree option, citing both consumer interests and environmental concerns associated with meat production.

Los Angeles City Councilmember Paul Koretz who represents District 5, which includes much of West L.A., introduced a motion to the council that asks the City Attorney’s Office to explore the legality of requiring movie theatres and large-scale entertainment venues to provide at least one plant-based protein option. Speaking at a press conference outside City Hall Wednesday, Koretz framed his action around the impact livestock production has on the climate and environment, bringing up the recent Woolsey and Camp fires that have devastated California.

“I want to make it easier for us to do better around the City as well as provide more options for people who are already following a plant-based diet,” Koretz said. “I wish there was a more vivid way for people to completely understand the connection between the burgers, steaks and dairy that they are eating, the rainforests that are being cut down as a direct result and the fires that are burning down the homes of the neighbors.”

In the press conference, Koretz cited studies from the University of Oxford that found that if more Americans changed to a plant-based diet, greenhouse gas emissions from food sources would decrease by 70 percent. In addition, the councilmember expressed a need to act, saying that the demand for livestock products is projected to grow by 70 percent by 2050.

“That is more than insane. It’s actively societally suicidal and yet this is something we can stop immediately. We can all stop eating meat products today and with a simple habit change we can drastically decrease our personal climate footprint,” Koretz said.

If Koretz’s motion passes, City Council will wait for staff to create reports. These reports would then go before the council again before the Los Angeles City Attorney’s office would craft a bill that the council would vote on to make the proposal into law.