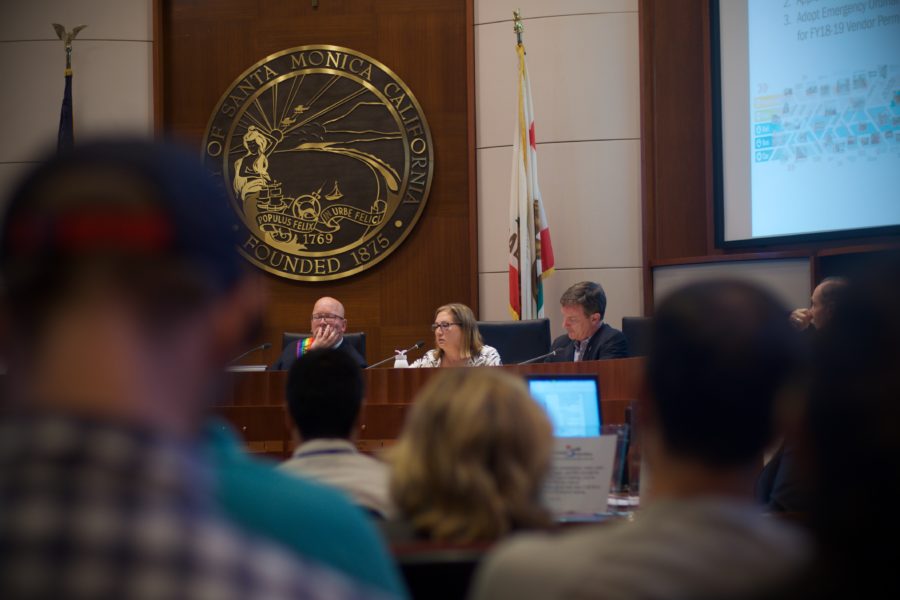 Winterer, who has served on City Council since 2012 and as Mayor since 2016, will be replaced by the councilmember who receives the most votes from their fellow councilmembers during Tuesday’s meeting.

The Council meeting will begin with recognition of outgoing Councilmember Pam O’Connor and her 24-years of services to City Council after she was defeated in the recent November election. Then the council will vote to adopt the resolution accepting the official canvass for the election. Once the results are certified, the City Clerk will swear in new Councilmember Greg Morena, reelected Councilmembers Sue Himmelrich and Kevin McKeown and other other elected officials.

After the Oaths of Office, the new council will select a new Mayor and Mayor Pro Tempore.

The meeting will begin at 6 p.m. Tuesday at the City Hall Council Chambers in Santa Monica. To download the staff report that includes the official canvas results for the November election, click HERE.