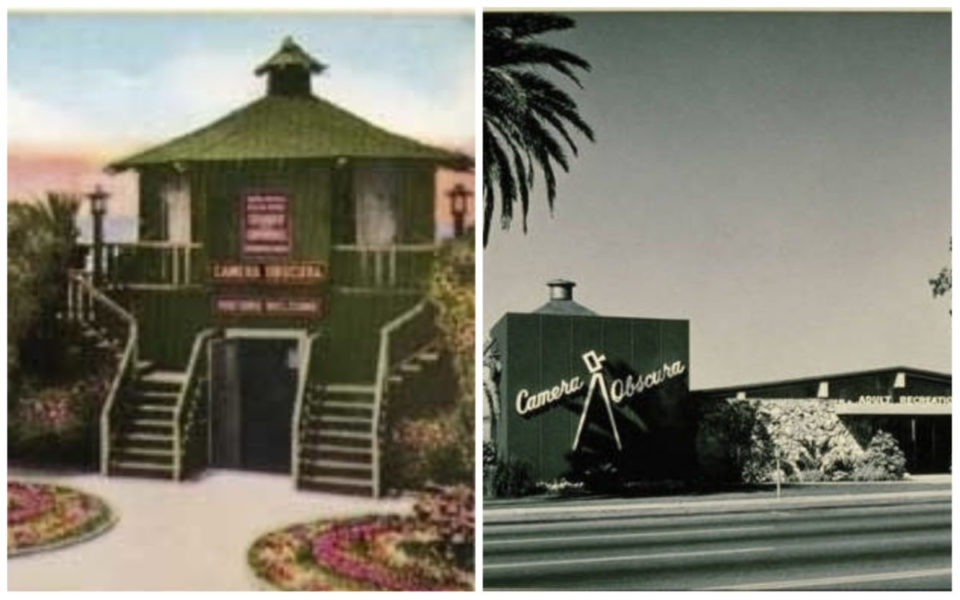 120 years of optic wonder at this hidden gem.

In a tower overlooking the pier rests a unique and rare piece of Santa Monica history. Mayor Robert F. Jones created the Camera Obscura in 1898 as a means to attract more people to the growing yet new city of Santa Monica. What began as a tourist attraction grew to become a sacred gem in Santa Monica’s link to its colorful past. 120 years later, located at 1450 Ocean, the Camera Obscura remains in use as part of the Camera Obscura Art Lab, a cultural center that provides a safe place for artistic expression within the community.

Naomi Okuyama, Santa Monica Cultural Affairs Supervisor, reflects on the historical significance of the Camera Obscura. “It was just a really interesting time in the late 19th century when people were very excited about new ways of seeing new perspectives,” Okuyama begins. “Film was already a little bit older, but people were still kind of in the early days of the film industry and the camera was one of those optical devices that people were exploring.”

As it is today, the camera was open to the public, and attracted people from all over the world. “Mayor Jones charged 10 cents a visit, and it was there for a few years. Soon after he installed it there, he got some interest in bringing it over to what was then called Westlake Park. He brought it over there for about a year, and it came back. It was on the beach for quite a while and then it moved up to its own little shack on the bluff overlooking the beach around 1907. Then in 1955, the current building where it stands now was built and it was moved from that small shack into its own little tower where it’s been faithfully throughout the years.”

Anyone can come see the camera, free of charge, throughout the week. And on a clear day, you can see forever. “You can definitely see to the end of the pier. You can see waves on the shore and then you can see on the other side, Ocean Avenue, people walking by, cars, and things like that. It’s a really interesting optical device,” Okuyama explains. “It’s like stepping into the body of a giant camera. You step into a dark room, let your eyes adjust and see a 360-degree image of what’s outside.” Younger visitors are perhaps the most intrigued by how the camera operates. “A lot of kids are fascinated that it’s a moving picture. They look around to see where the video projector is or where the television is, and there’s nothing like that because it’s completely analog. It’s just light. So that’s kind of what makes it special.”

In 2013, Santa Monica Cultural Affairs took over the building and embarked on its mission to become an art and cultural center, opening the Camera Obscura Art Lab. “It started with various programs to see what people were interested in doing,” Okuyama continues. “We are a center for all adults, including seniors. It’s kind of unusual because a lot of art and crafts places are for kids, and this is one of the few places that’s really about adult creativity and nurturing your own creative life as an adult.”

The art lab also offers an artist residency program that allows artists to create art while engaging with the public. “We employ local artists to come use part of the building as their studio,” Okuyama explains. “We have working artists who are creating new pieces here and the public can see that happen and interact with them as they’re working. And then the artists share their work with the public every week. You can come by and hang out with a working artist.” The art lab hosts two different artists every 14 weeks for an artistic experience as unique as the artists themselves. “We host two artists at a time and they could be working in really different practices. We might have a choreographer at the same time as we have a painter, or a puppeteer. There’s a lot of variety and a lot of interesting things happening all the time.” Okuyama continues, “One thing that I reiterate with all of our artists is that we want to see what you’re doing. Don’t try and do something that’s not natural to your practice, but also know that people are coming with no previous experience.”

In addition to interacting with working artists, visitors are welcome to participate in classes like watercoloring, poetry, hatmaking and even natural dyeing of fabrics. With a variety of different classes for adults to attend, there’s something for everyone and more than enough creativity to go around. “Every day is a new, exciting adventure because art is always changing, and there’s always something new in its constant conversation with the world,” Okuyama explains. “There’s a sort of open feeling that’s really beautiful. And to be really anchored in the community in this place that has been here beloved for so long is amazing.”

And for those who visit, use #ArtSaMo to share your experience with others.