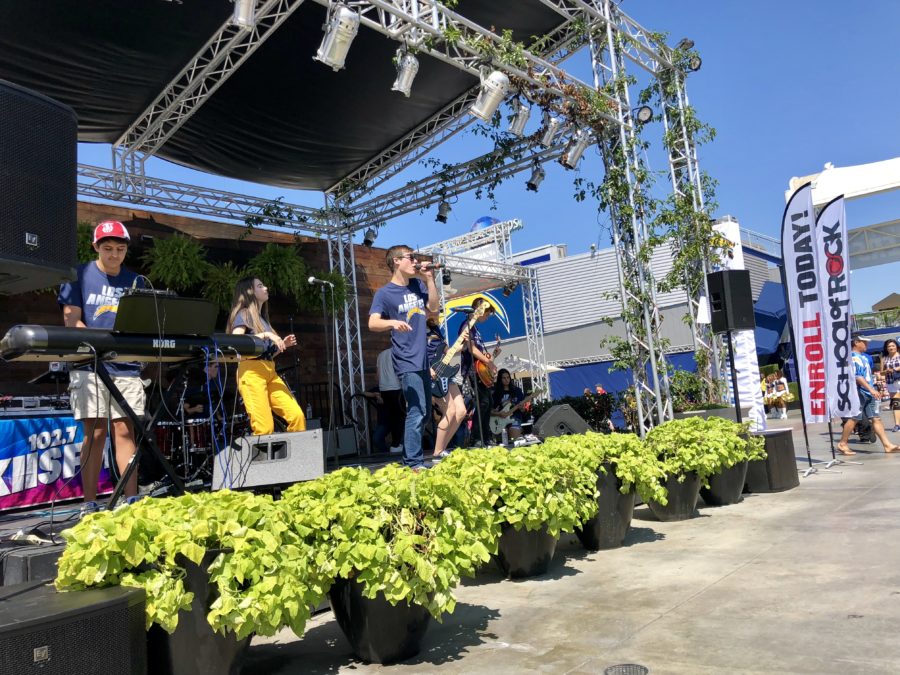 Kids looking to rock out, have a fabulous time and get a top-notch education in all things rock ‘n’ roll can do so, right here in West L.A.

When the classic film “School of Rock” was released in 2003, starring Jack Black as a tech school rock teacher, there was an actual school in Philadelphia open at the time with the same name, teaching children the craft of rock ‘n’ roll and musical performances.

“School of Rock’s” screenwriter contends that the similarities between the fictional School of Rock and the music school are coincidental, with the school benefitting from the increased exposure of its brand name due to the success of the film, which has gone on to be a cult classic. School of Rock the school has also enjoyed great success, expanding internationally with locations in nine different countries, including two on the Westside: one on Venice Boulevard in Mar Vista, and one on Wilshire Boulevard in West L.A. and two locations east of the 405: Pasadena and Burbank.

School of Rock opened in West L.A. in 2010, in Venice in 2015 and has been giving young musicians truly unique opportunities to perform at iconic L.A. venues, on stages where rock stars have stood. These include the Troubadour, Whisky a Go Go, Tommy’s Place and the Mint. And under a new partnership with the NFL, students are experiencing arena rock. Before every home Chargers game, a different L.A. area School of Rock group gets to perform at the StubHub Center.

In addition to opportunities for private lessons and house jams with other young rockers, there’s even more for those who take their rock music seriously at School of Rock.

“Our more experienced and dedicated students have the opportunity to audition for our House Band which is a free program that offers an extra weekly rehearsal and the chance to perform at local events such as charity benefits, grand openings, street festivals, and even radio and television shows. Past House Band gigs include the Santa Monica Pier, Brentwood Art Festival, Runway Playa Vista, Abbot Kinney Fest, Timewarp Music for KXLU’s “Demolisten” radio show, and even the Conan O’Brien Show,”  said Ryan Schiff, the District Manager for the four L.A. schools.

Rock bands like The Rolling Stones and The Who have not let age stop their pursuit of rock n roll and neither has School of Rock. Different programs at the school encompass all ages, with a “Little Wing” program serving students as young as 3 years old, a “Grad School” program designed for adults, and a comprehensive lineup for those in between.

“School of Rock offers a fun and safe place for all kids to learn music and meet new friends, regardless of athletic or academic inclination,” added Schiff.

Beyond teaching students how to be a rock star, School of Rock gives kids valuable skills in team building and comradery, very much like touring bands need on the road and we all need in real life.

“Besides learning the technical skill required to master an instrument, School of Rock students learn leadership skills like responsibility, respect for others, and reliability as a bandmate. School of Rock is a completely merit-based program where stage time is earned through hard work and dedication to the craft,” Schiff explained.

To witness all this rocking and rolling, School of Rock is performing their end-of-season shows at the Troubadour and Tommy’s Place (at USC), both on Sunday 1/27/19 from 12-6 p.m. All ages are welcome and tickets are $15 each. The themes include Stevie Wonder Legacy, The Dave Grohl Show, Glam Rock, U2 and more!

This winter, each School of Rock is offering two Winter Break camps the weeks of Christmas and New Years for kids ages 7-18. No experience is necessary to participate, giving all kids a great chance to experience School of Rock first hand.  To enroll, visit schoolofrock.com/music-camps.

By admin December 7, 2018
in Life and Arts, News
Related Posts