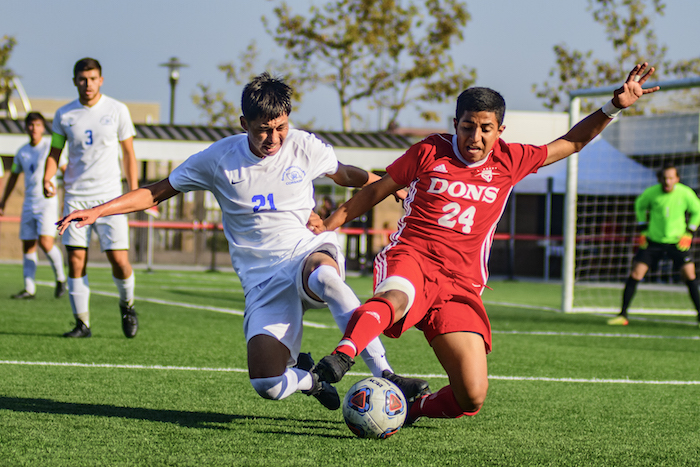 The Santa Monica College Corsairs men’s soccer team’s 2018 season came to an end on November 24 when the men dropped a 3-0 game versus the Cerritos College Falcons in the third round of the Southern California Regional Playoffs.

The Corsairs, coming off a nail-biting 2-1 victory over Santa Ana College in the second round of the playoffs, demonstrated their defensive prowess in the first half of the game versus Cerritos, with both teams holding each other scoreless. In the 52nd minute of the game, however, Cerritos’ Bryan Ortega shot a goal past SMC goalkeeper Aydin Kose. Cerritos would tack on two more insurance goals in the 54th and 82nd minutes to secure a 3-0 victory to advance to the State Championships.

Despite the loss, the SMC men enjoyed what by most accounts would be considered a stellar season, going 17-3 with 4 draws. At one point in the season, the men went nearly a month without dropping a game and enjoyed many consecutive game streaks holding their opponents scoreless. With a lot of young talent on their team, next year they will surely be aiming for the State Championships.