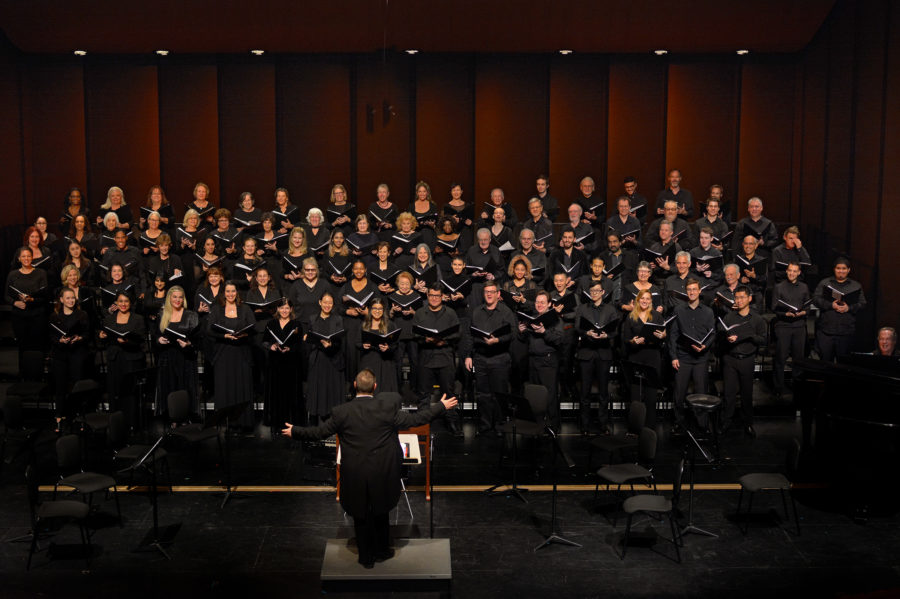 In honor of the 30th anniversary of World AIDS Day this year, the Santa Monica College Music Department (SMC) will premiere “Seven Living Words of the HIV+” by Thomas Schuttenhelm at its World AIDS Day Celebration & Contemporary Mass for Volatile Times performances this weekend on September 8 and 9 at the  Eli and Edythe Broad Stage in Santa Monica.

The music department is hosting the professional choir Chorosynthesis Singers for a week-long Choral Scholars Residency culminating in two performances of the same concert program. Besides the world premiere of “Seven Living Words of the HIV+,” the event will also feature a Contemporary Mass for Volatile Times, an ambitious juxtaposition of modern music between movements of William Byrd’s “Mass for Four Voices” exploring the volatile context in which composers have always written contemporary socially-conscious music. A collage of traditional classical choral music interspersed with contemporary music that addresses social issues of our times, including poverty, immigration, colonialism, LGBTQIA+ and human rights, family separations at the border, suicide and religious persecution.

The performances will finish with the ever-popular SMC Concert Chorale’s traditional festive sing-along to favorite holiday and Beatles tunes.

Tickets at the door are $25 for general admission and $10 for students and seniors.

Come early at 6:30 p.m. on both nights for panel discussions with the composer, HIV/AIDS advocates, and the conductors.

Chorosynthesis Singers: Twice awarded 2nd place in The American Prize professional choir category — with conductors Jeremiah Selvey and Wendy Moy also winners in the Professional Choral Conducting division — and recently given a special judges’ citation for “Extraordinary Commitment to New Music.” Many members of the ensemble have been featured on Grammy-nominated CDs, and the ensemble will soon release a 2-CD set, Empowering Silenced Voices.

By admin December 6, 2018
in Life and Arts, News
Related Posts