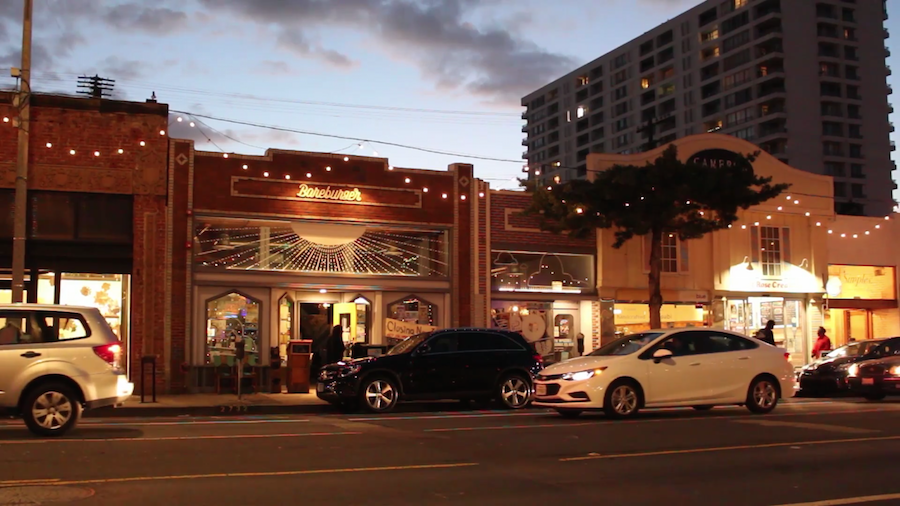 On Friday, November 30, Bareburger on Main Street in Santa Monica opened its doors for the last time, joining a string of Main Street businesses, from O’Brien’s Irish Pub & Restaurant to Chaya, that have recently closed on this iconic street.

“We are going to miss you all a lot,”  Mark Turner, Bareburgers West Coast Manager of Operations, told the Santa Monica Mirror in a video interview.

Turner said that there are many reasons why Bareburger closed, but making rent was definitely partly responsible. According to Turner, the restaurant has to sell “2,400 burgers a month” just to make rent.

Carmen Rupe a Santa Monica resident since 1993 told the Mirror that walking along Main Street, one can see the impacts of businesses closing down.

“There is a lot of closure on Main Street. If you walk up and down the street, you’ll see ten places that are just vacant,” Rupe said.

Main Street Business Improvement Association Executive Director Hunter Hall says there is a higher rate of turnover on Main Street, but it can be explained by a shift in the type of restaurants in shops that enjoy success in Santa Monica’s current economic and consumer environment.

“There has been a shift from the type of businesses that would succeed five years ago to the kind of businesses that will survive in the next five years,” Hall said. “It’s Santa Monica. It’s a worldwide destination. We have all these people coming in, the margins are getting a little tighter, the smaller businesses have to find a way to get creative.”

According to Hall, one solution being proposed to address empty storefronts is a tax on vacant properties, which he says may not be popular with property owners, but would benefit the community by leading to more open restaurants and shops.

“It’s obviously not popular with property owners, but it is popular with the community because nobody wants a street full of vacancies so anything they can do to incentivize a landlord to fill a space,” Hall said.