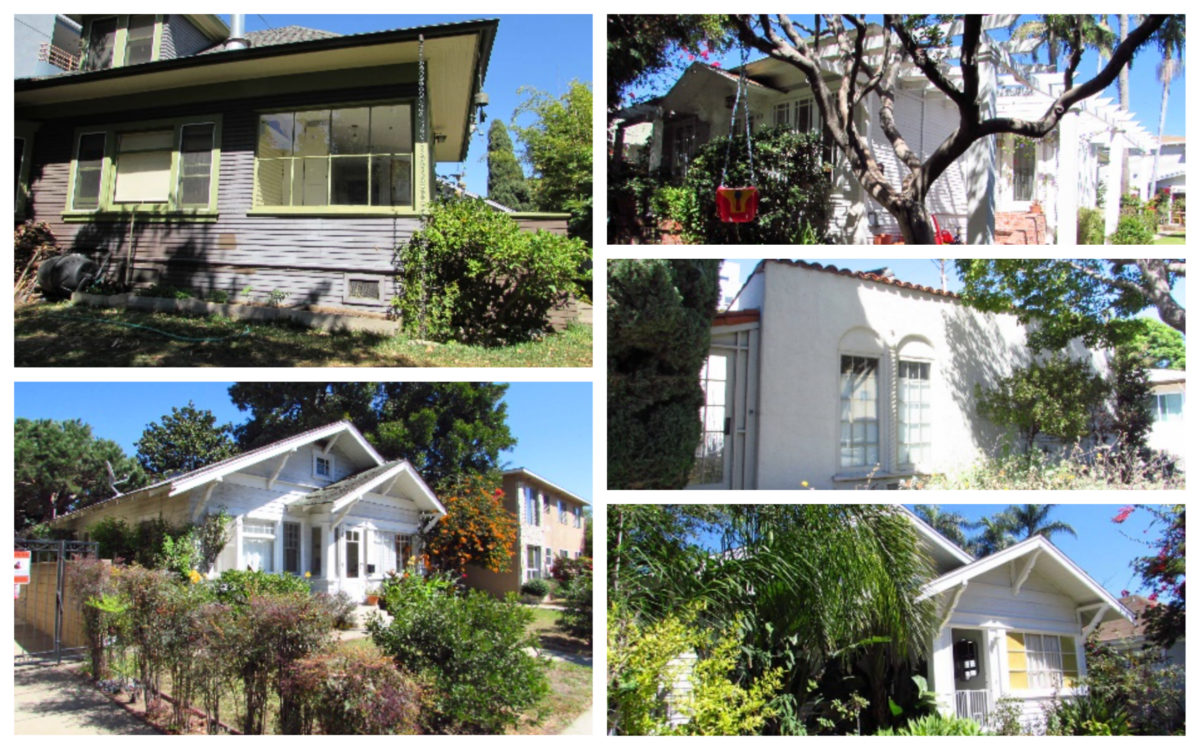 While the majority of those in attendance supported the council’s decision, there were many Santa Monica residents who argued that the bungalows lacked historical significance. They asserted that the buildings had been modified and were not well-kept. They pointed out that any change in Santa Monica should be welcomed.

In a rare turn of events, City Council ruled against the recommendation of City Staff, siding with the Landmark Commission and designating the District.

The city staff hired their own consultant and came to the conclusion that the proposed district did not appear to satisfy the criteria for designation. They also concluded that no evidence was found to indicate any former owners or occupants of the properties were associated with any important historic events, including Waldo Cowan and Joseph J. Rowe.

Councilmember Kevin McKeown, however, reflected on his own experience with the 11th Street Bungalows and questioned the staff’s recommendation against the designation.

“Because 11th Street is a relatively flat way to get back to the north side of the city, for almost 43 years I’ve been riding a bicycle up 11th street quite regularly. These bungalows have always caught my attention and always caught my eye, so what are the criteria by which staff are working here?”

Susan Suntree, a resident of the bungalows for over thirty years and Friends of 11th Street co-chair, spoke at the hearing and responded to the city staff’s concerns.

“No other district has such a concentration of citizens who were at the cutting edge at their time and continue to influence us today,” Suntree begins. “Waldo Cowan built some of the first working middle-class homes as the city expanded eastward in the early 20th century. His four surviving bungalows in our district are among the oldest bungalows in Santa Monica, including a 115- year old bungalow. Over a hundred years ago, Cowan served on the first bike path committee. He was a well- known adopter of the automobile, a very early proponent of urban agriculture and served on the Santa Monica school board.” Suntree continues, “He served on election boards and was a founding member of the first Santa Monica Chamber of Commerce, among many other civic contributions. Joseph J. Rowe was a master designer and builder. He’s praised for his excellent design, materials and workmanship.

Debbie Mahdessian, who grew up in Santa Monica and purchased her home in the cluster in 1996, also spoke at the hearing about the rich history of these homes.

“I remember looking at it and telling my husband that I remember this house from when I was growing up.” Mahdessian said, “People are constantly saying how much they love our house, and we’ll invite them into the yard and talk to them. People have come who lived in our house in the ‘70s. I feel like this area is a visual history that we’re passing down. It might not be the prettiest, but it was never meant to be that because it was for the working class. It breaks my heart to think that these wouldn’t garner the same attention or protection that flashier places do. When these are gone, they’re gone. And having grown up here, I remember a lot more of these places that aren’t here anymore.”

Planning Commissioner Diane Miller joined as co-chair alongside Suntree after being invited to Suntree’s home. “She [Susan] took me on the walking tour and started explaining all the architectural merit of these Southern California bungalows, why they were built a certain way, the historical personages who lived in the houses, and the fact that these were built by and for working middle-class families.” Miller continues, “When I heard all of this and started to look and stare at these houses, I actually fell in love. These magnificent homes that are disappearing as we all know due to the gentrification, evoke a bygone era and time of sweetness when families played together, ate together. This shows what Santa Monica was like when it started out being a city.”

With the most difficult part of the journey behind her, Suntree reflects on the important role the community played in the designation. “This was a group effort and a group win that would not have happened without public support. I am thankful to every single person who showed up, emailed, spoke, told their neighbors and weighed in. The public is powerful when they find their voice.”