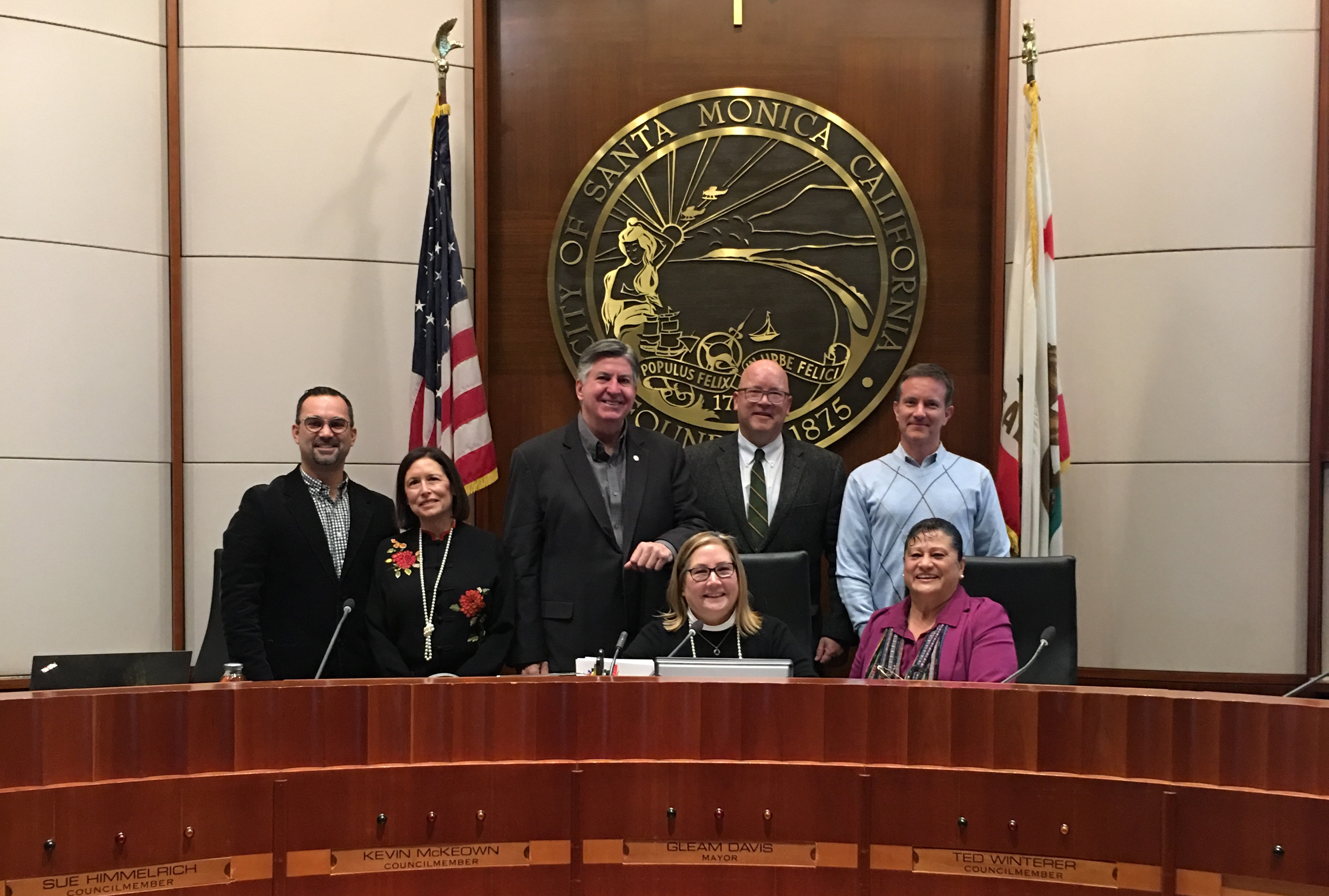 Tuesday might, Ana Maria Jara was appointed as the newest member of Santa Monica City Council to replace Tony Vazquez. Jara will serve on City Council for the remainder of Vazquez’s term, which ends in November 2020.

Vazquez, who won a seat on the California Board of Equalization in the midterm elections, submitted a letter of resignation to the council earlier this month leaving his seat vacant.

The public had a little over a week to apply for the vacant seat, and after the January 17 deadline, 76 individuals had applied for consideration. At the council meeting Tuesday night, in the second round of voting, Jara was appointed by a 5-1 vote, with Councilmember Sue Himmelrich casting her vote for Rent Control Board member Caroline M. Torosis. Later in the meeting, Himmelrich changed her vote to Jara, making the decision unanimous.

In the first round of voting, Himmelrich and Councilmember Kevin McKeown cast their vote for former Planning Commissioner Jennifer Kennedy, while Mayor Gleam Davis voted for Santa Monica College Board member Barry Snell.

After Jara secured the votes, the council chamber burst into applause and breaking with decorum, the public’s applause was allowed to continue. Jara, who was in the audience, was sworn in immediately before taking her seat on the dais.

“I am so humbled by this opportunity and the faith you have deposited in me,” Jara said from the dais. “I look forward to continue serving everyone as I have been doing for years on end. It’s taken years for us to be able to do this, and today we become part of history.”

Jara, a Latina, has lived in the same rent-controlled apartment in Santa Monica for almost 35 years and has worked at Santa Monica College for over 25 years. Before her Council appointment, she served as Chair and Vice Chair for Santa Monica’s Social Services Commission, which she resigned from Tuesday night. She also served on the Commission for the Status of Women from 2007 to 2010. Other public service roles Jara has filled include membership on the Human Relations Council and Familias Latinas Unidas.

“She is a strategic and tireless advocate and has worked on smart and inclusive solutions on a wide range of issues including being involved in the City’s Cradle to Career initiative since its inception,” the City said in a statement Tuesday night.

Jara’s appointment comes in the midst a lawsuit filed against the city by Maria Loya, a resident of the Pico neighborhood, who contends that the City of Santa Monica’s at-large election system dilutes the Latino vote in elections. A Los Angeles County Superior Court judge has ruled in favor of Loya, most recently directing the city to create districts based off the map drawn by the plaintiffs.

The City has said that they will likely appeal the judge’s final decision, as they contend those district elections will, in fact, diminish the voting power of Latino residents in a Pico district.

In an article published Tuesday night by the Santa Monica Lookout, it was reported that plaintiff attorney Kevin Shenkman was sourced as saying that Jara was the only Hispanic to testify in support of the city during the trial.

The Santa Monica Mirror has reached out to Jara and Shenkman asking for confirmation of this statement. Shenkman confirmed that this statement is accurate but at the time of publishing Jara has not responded.