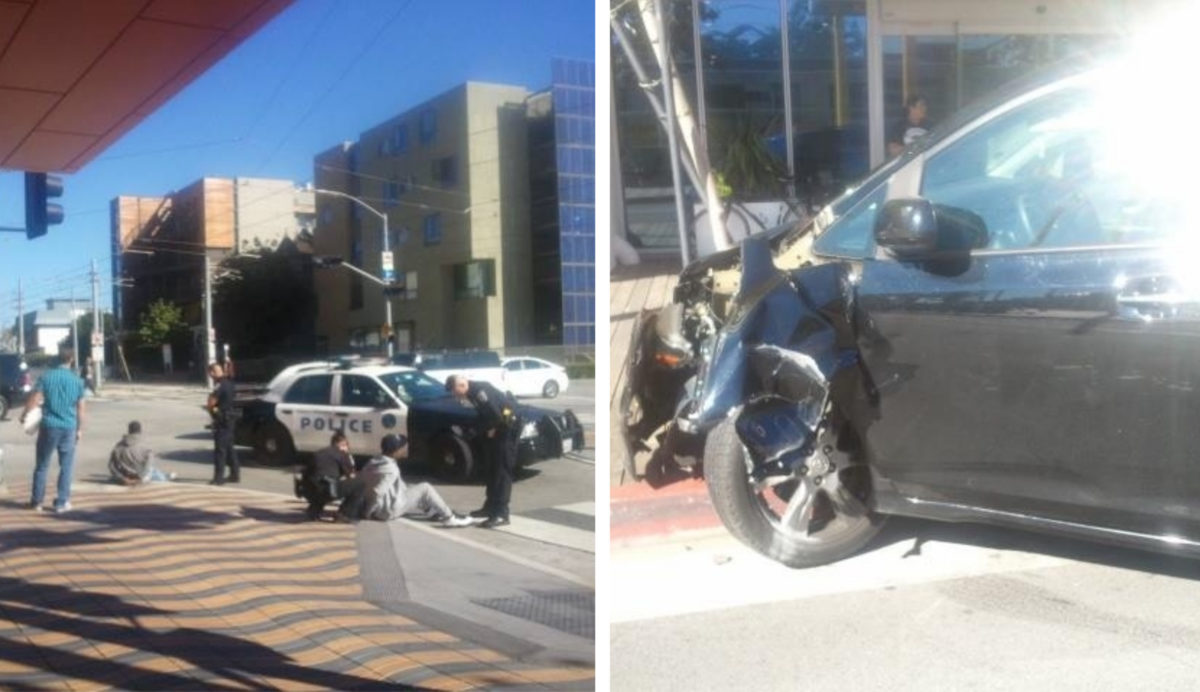 Three young men have been arrested by police for crashing a stolen car on 5th Street and Colorado Avenue in Santa Monica Wednesday afternoon.

On Wednesday afternoon, the three individuals upon spotting an SMPD patrol car, accelerated and abruptly and turned right before losing control of the vehicle and crashing into a tree in front of the Courtyard by Marriott on 5th and Colorado. Nobody was injured in the incident.

According to Lt. Rodriguez, the three individuals fled the scene of the accident and ran over to the Downtown Santa Monica Expo Line station and boarded a train. SMPD officers, alerted by eyewitnesses about their fleeing, arrested the three juveniles before the train left the station.