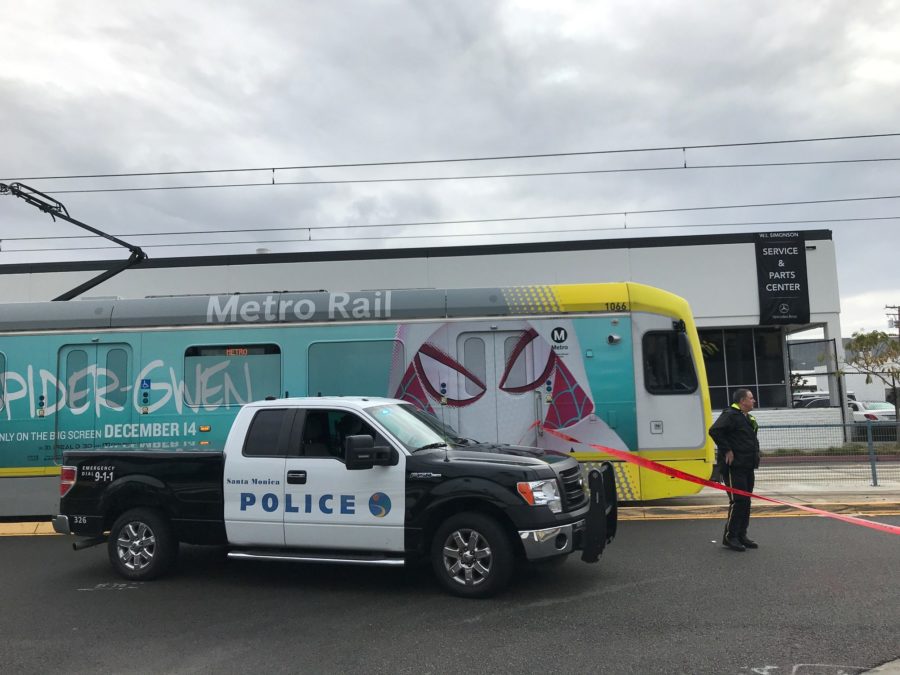 This morning, a pedestrian was killed after being dragged by a westbound Metro Expo Line in Santa Monica near the Colorado & 17th street station.

At 8:40 a.m., the Santa Monica Police Department (SMPD) sent out an alert saying that Colorado Avenue between Lincoln and 17th Street was closed until further notice due to an accident investigation.

An SMPD officer on the scene of the accident told the Santa Monica Mirror that an individual fell off the station platform and got stuck between two train cars. Since the victim did not fall in front of the train, the conductor was not aware and the train proceeded all the way to Euclid Street dragging and killing the individual.

According to the officer on the scene, because the victim was dragged by the train, investigators have not yet been able to identify the individual as pieces of the victim’s body are spread out.

The street closure is expected to last a significant amount of time according to the SMPD.