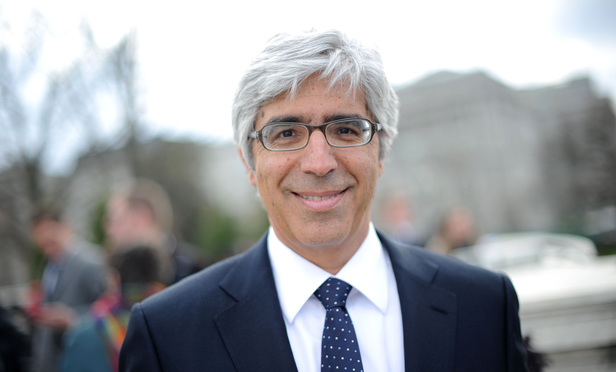 An attorney representing the plaintiffs in a voting rights case against the City of Santa Monica estimates that the City will spend at least $10,000,000 in legal fees if they decide to appeal the judge’s final decision.

“Last I heard Boutrous [Theodore J. Boutrous Jr.], the guy who argued the remedy motion a couple weeks ago, his billing rate is $2,000 an hour and then they have two other lawyers in the room and one of them is a partner so he is going to be over $1,000 an hour. I don’t know how much the associate is billing and then they have lawyers back at the office. I can’t give an exact estimate, but it will be gargantuan certainly in seven figures,” said Rex Parris, an attorney representing the plaintiffs in an interview with the Santa Monica Mirror.

Boutrous, Jr., is a partner in the Los Angeles office of Gibson, Dunn & Crutcher LLP, the firm representing the City in the voting rights case. Boutrous was the subject of national attention in November leading a legal team that took action when the White House revoked the press pass of CNN’s Jim Acosta, suing to force the Trump Administration to restore his credential.

The City, when asked if the seven-figure estimate was accurate said they could not speak on the matter, citing attorney-client privilege.

“Legal fees are not public, as they are subject to the attorney-client privilege while litigation is pending,” the City wrote in an email to the Mirror.

On December 12 Judge Palazuelos issued more details in a tentative decision, ordering the future elections in the City be district-based.

The map included with the decision only includes boundaries for a Pico-Neighborhood district. After public hearings and community input, the City will draw boundaries for the other districts, something Santa Monica City Attorney Lane Dilg said the city was pleased about.

“We are pleased that the court appears to have affirmed that any district-based system imposed in Santa Monica will be drawn with a Pico Neighborhood district as set forth by the court but with public hearings and a full opportunity for community input with respect to other districts,” Dilg said.

Dilg did, however, state the City continues to believe their election system is fair and inclusive.

“The City continues to believe that the evidence at trial showed that its electoral system is fair and inclusive. Latino representation on the Santa Monica City Council exceeds the citizen voting age population in our community and Latino-preferred candidates have been elected to the Santa Monica City Council over seventy percent of the time under the current electoral system,” Dilg said.

In addition, the City Attorney’s Office said that they have not taken the possibility of an appeal off the table.

“The City of Santa Monica will carefully consider all legal options, including appeal, once the court has issued a final ruling,” the City Attorney’s office said in an email to the Santa Monica Mirror.

Rex Parris, an attorney representing the plaintiffs in the case, told the Mirror, however, that he is not sure the courts will grant the City an appeal.

“I don’t know they can drag it on,” Parris said. “They will certainly try to appeal it but she [Judge Yvette M. Palazuelos] is not granting a stay and I don’t know if the applet court will grant an automatic stay on this. It could be the very next election if not immediately. Right now that Council is sitting illegally.”