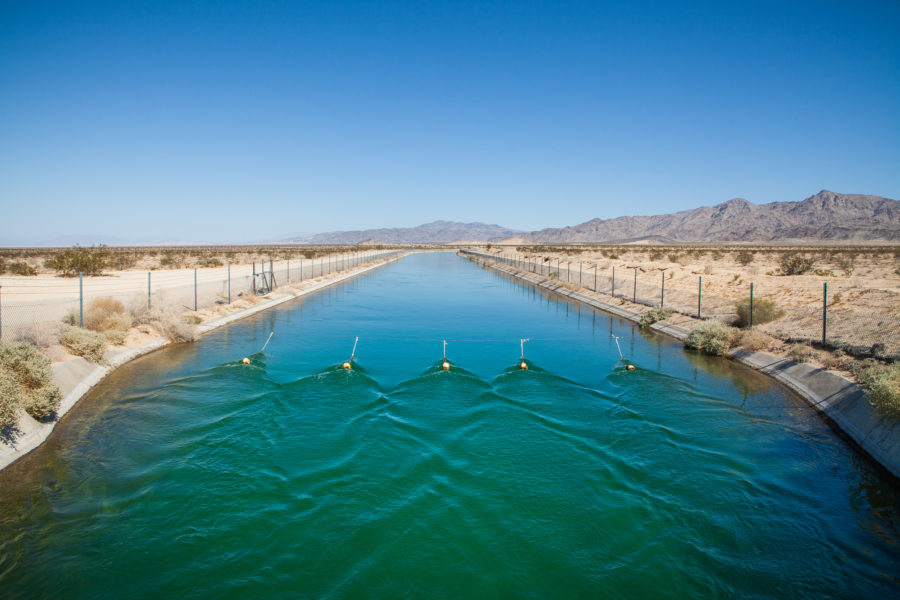 While some natural resources may be optional, water is not one of them. Our body is 60 percent water and cannot survive without it. In Southern California we live in a Mediterranean climate with cold ocean currents that keep our weather mostly dry, stable, and pleasant. But these climates also tend to be more arid with less rainfall. It was not until recently that Southern California took significant measures to insure our continued supply of water. Two primary reasons for our diminishing supply are climate change and a rapidly growing population. In 1960 the population of Los Angeles grew from 2.5 million to today’s 3.85 million (35 percent increase). Santa Monica’s population also increased during the same period from 80 to 94 thousand (17 percent increase).  Currently, over half of the water in the Los Angles basin is imported. In Santa Monica, 25-30 percent of water comes from outside sources. This has resulted in higher costs and a less reliable supply.

In the 1960’s California experienced one of the worst droughts in its history. Shortly thereafter, the California Aqueduct was built to bring water down from our “wetter northern neighbors”. This water was needed both to irrigate crops in the Central Valley and provide more water for the Los Angeles basin. Along the way, some of that water either evaporated or was taken by Central Valley farmers. What remained until now has been enough for the region to grow into the urban megalopolis it is today. Recent growth, however, has further increased the demand for water. In Santa Monica, this has led to the drafting of a new water conservation plan for the City- The Water Shortage Response Plan (WSR).

While we should all be thankful for the City’s attention to this critical issue, “the devil is in the details”. The plan’s premise is that a property’s past water usage should determine their future allowance. While this might seem logical, the manner in which the Ordinance is drafted creates inequalities. Specifically, should those who have begun water conservation years ago be penalized with lower allowances going forward? On the flip side, should those who have been squandering water in the past be rewarded with larger allotments in the future based on their excessive usage? I would hope not. Baselines should NOT be based on past usage but rather some other objective criteria (e.g. house size, lot size, landscaping, family size etc.). Any new plan to limit water must provide a “level playing field” for ALL sectors. This is particularly true for those who may have ALREADY implemented their water conservation measures. To do otherwise would be to put them at a disadvantage due to their early adoption, while rewarding those who did not act until they were forced to do so.

The entire residential sector is additionally “disadvantaged” since almost all of the City’s single-family homes (50 percent of the City) have individual water meters. This makes them an easier target due to the ease with which their usage can be tracked. Since most of the commercial, industrial and multi-family properties employ “shared meters”, it will be more difficult to monitor the use of their individual tenants. If so, how does the City intend to establish their individual allowances? Since the single-family homes are the most easily monitored, they may also be the most likely to become targeted for limits and fines. Is this fair? ” I think not.
Ironically, a few years ago the City had an agenda measure before them that would have required individual metering of commercial properties. It was rejected. Perhaps now is the time to close this “loophole” by revisiting such a requirement for apartments, offices and other buildings with multiple tenants on a single meter. To do otherwise could remove half of the City’s water consumers from scrutiny and thereby shift an even greater burden onto the residents.

When one looks at the historic water usage for the residential and commercial sectors, there is a clear pattern. Between 2010 and 2015, residential water usage declined by 13 percent while that of the commercial sector increased by the same amount (13 percent) resulting in a 26 percent differential between the two sectors! This occurred around the same time that our City became aware of the need to conserve water due in large part to increased commercial development. Subsequently, many residents rose to the occasion and instituted water saving measures. The same cannot be said for the multi-family and commercial sectors. The water usage in apartment buildings has declined by only 2.5 percent and in the commercial sector it has actually increased by 13 percent! Will the City once more allow the commercial sectors to avoid metering, and hence penalties, for over usage? Is it fair that the residents, who may already be doing their best to save water, be required to use even less water? Should they then be the primary targets for penalties due solely to the ease with which they can be monitored?

Perhaps the City should focus their efforts primarily on those whose conservation efforts have yet to begin – the commercial and multi-residential sectors. Does the City’s current plan “hold water” or is it more like trying to fill a bucket full of holes? Only time will tell, but our time is short. It would appear that the City’s new ordinance requires more “fine tuning” if it is to be both more fair and effective.

Next week, SMa.r.t. will look into more specific details of the City’s Plan and make some suggestions that it might be both more effective and fairer in its application.