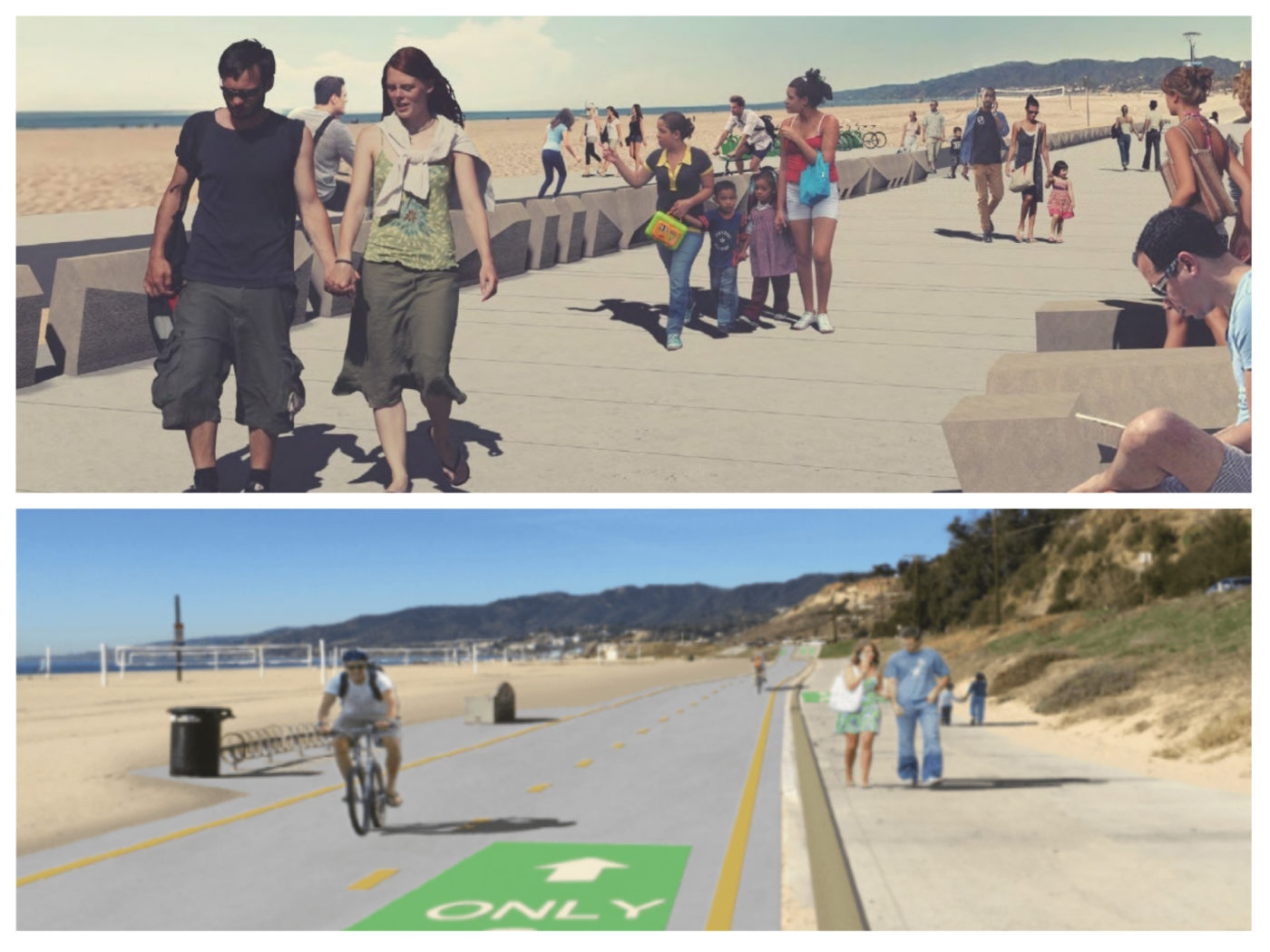 Upgrades coming to create a continuous pedestrian path from Venice to Palisades.

Every day thousands of bikers and walkers enjoy Santa Monica’s beach bike path, and while for bikers a ride is always a leisurely cruise, for walkers there are certain areas where having to share the trail with bikers, things can get a bit dangerous. To address this, the City of Santa Monica and Los Angeles County are both making improvements to the path that will create a continuous pedestrian walkway from Venice to Santa Monica to the Palisades.

The Marvin Braude Beach Trail is the 22-mile long path along the Pacific Ocean coastline that stretches from the Will Rogers Parking Lot in the north to Torrance County Beach in the south, going through Marina Del Rey and the cities of Los Angeles, Santa Monica, El Segundo, Manhattan Beach, Hermosa Beach and Torrance. Alongside much of this path, there is a designated pedestrian walkway, but along certain portions north of Santa Monica Pier there exists a gap in the walkway that forces those on foot to share the bike path with bikers and scooters, which presents safety concerns.

The City of Santa Monica has announced plans to make the pathway safer and more user-friendly for pedestrians and cyclists. The North Beach Trail Improvement Project will improve approximately 2 miles of the Beach Trail and upgrade roughly 1 mile of the Ocean Front Walk pedestrian path, north of the Pier closing part of the pedestrian trail gap. Construction is expected to begin Spring 2019

The Los Angeles Department of Public Works (LADPW), similarly, wants to close a 0.6-mile gap between the Santa Monica border and the Temescal Canyon beach parking lot to create a 6-mile continuous pedestrian walkway from Venice to Pacific Palisades once Santa Monica and LADPW complete their respective projects.

According to Yggy C.R Ruiz, P.E. the Project Manager for LADPW, the plan will widen the existing path from the current 12 to 14-foot width to two 12 to 14-foot wide paths and create two separate and exclusive paths accommodating both pedestrians and bicycle users.

This project will partially be funded by a $3 million Active Transportation Grant from the California Department of Transportation. Construction is scheduled to begin in early 2020, and the trail will still be accessible during construction.