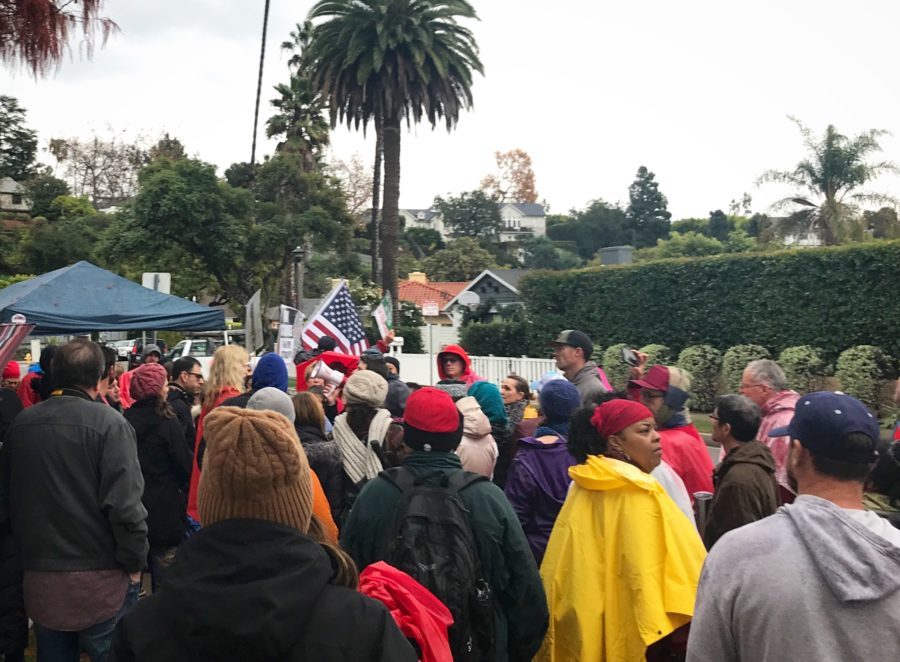 This strike, the first in Los Angeles since 1989, comes after over a year of contract negotiations between the district and United Teachers Los Angeles (UTLA), the union representing public school teachers in the city.

Parents who live in West Los Angeles and work in Santa Monica may feel the impact of this strike. Teachers within the Palisades Charter Complex are striking, due to their schools’ status as “affiliated charters” with the district. The complex is comprised of Canyon, Palisades, Marquez, Topanga and Kenter Canyon Elementary Schools, and Paul Revere Middle School. Canyon and Paul Revere are both less than a mile from Santa Monica.

The district has offered teachers a 6 percent raise with back pay going back to July 2016. Teachers are hoping for a 6.5 percent raise, but teacher pay is not the center of the conflict.

At the core of the debate between these two sides is the question of how much money LAUSD has to spend. The union, which has over 30,000 members, wants the district to dip into its $2 billion rainy day fund to pay for smaller class sizes, more nurses and counselors, among other demands.

“To be hoarding $2 billion in a school district that is more low income and more of color than just about any in the nation is a practice that must be challenged based on racial justice grounds,” said UTLA President Alex Caputo-Pear.

Austin Beutner, LAUSD Superintendent, however, says that UTLA is mischaracterizing the situation, stating that the district is spending all the funds it can.

“The notion that we are hoarding reserves, the notion that more money exists somewhere else in which to do more is not accurate. We are spending all we have in service of our schools,” Beutner said.

Schools are remaining open for regular hours during the strike and before-and-after-school programs will continue as well. In addition, the 81 percent of LAUSD students who rely on free or reduced meals from the district will continue to be served.

According to the district, students who attend school during the strike will receive instruction from “qualified L.A. Unified staff” such as administrators. In addition, the district has hired 400 substitute teachers to stand in for full-time teachers, something UTLA has taken issue with.

“[It’s] irresponsible to think that 400 substitutes can educate more than 600,000 students,” UTLA said in a statement, adding “it is illegal for the district to hire people outside our bargaining unit to teach in LAUSD classrooms.”