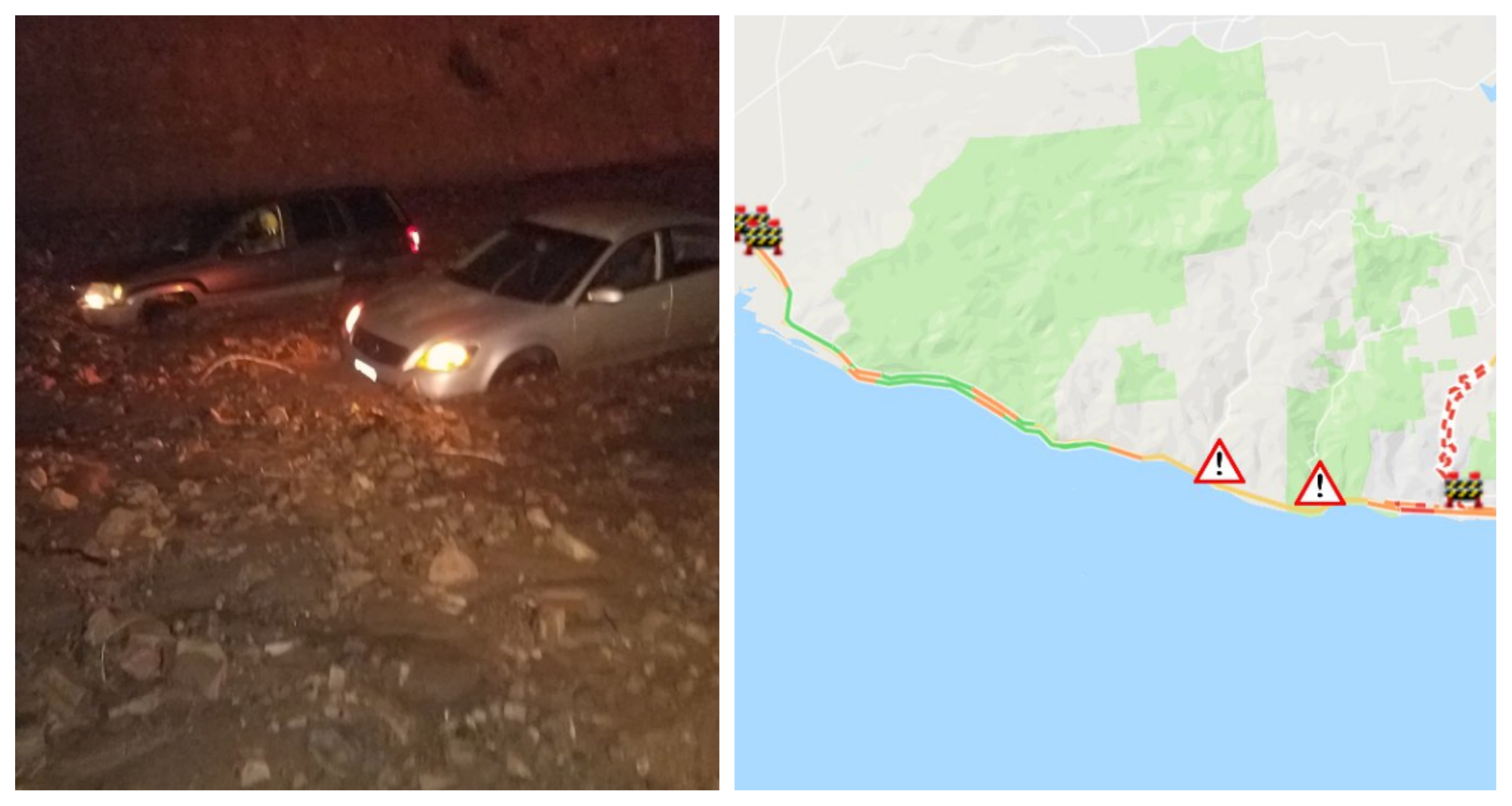 PCH between Las Posas Road and Encinal Canyon Road closed in both directions.

At the time of publishing, the highway remains closed from Las Posas Road in Ventura County to Encinal Canyon Road in Malibu, with Caltrans telling drivers to use alternate routes.

Around 7 p.m. Saturday evening, a mudslide occurred around Las Posas Road, causing vehicles to get stuck in water and mud. At the time of publishing, it is unclear how many vehicles are stuck.

According to drivers and eyewitnesses, the whole scene unfolded rapidly, with rocks, water and branches gushing over the PCH.

While going to check on reports of another mudslide nearby, a California state parks vehicle got stuck in the middle of the road.

Later in the evening, heavy flooding was reported a half a mile north of Neptunes Net in Ventura County. In addition, Encinal Canyon also experienced flooding.

At the time of the flooding and mudslides, flash flood warnings were in effect for areas of Los Angeles and Ventura counties impacted by the Woolsey Fire in November.

According to CalTrans, the PCH will be closed until at least Monday while crews clean up the mess.

No injuries have been reported.

For the most up-to-date information about the closure, visit Caltrans’ District 7 Twitter page @CaltransDist7.