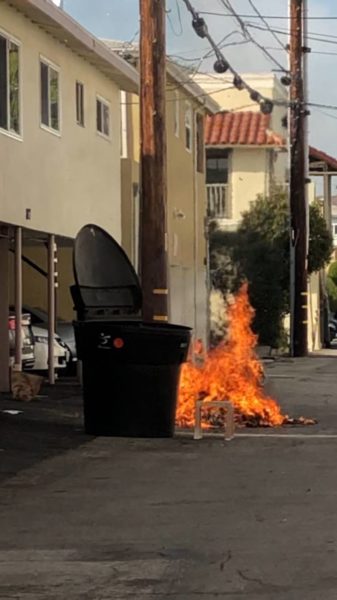 Los Angeles County Prosecutors have released the dates and locations of the 17 incidents of arson Joseph Brent Burchett is believed to be responsible for.

On Tuesday, the Los Angeles County District Attorney’s Office filed 17 counts of arson on suspect Joesph Brent Burchett for a series of arson-related incidents in Santa Monica over the past month.

On Friday, January 3, the Santa Monica Police Department arrested 57-year-old Burchett on the 1900 block of Arizona Avenue. Hours earlier, SMPD officers had responded to a call for service regarding trash can fire in an alley of the 2800 block of Montana Avenue.

The January 3 trash can arson incident is just one of 17 prosecutors believe Burchett to be responsible for. A majority of the incidents occurred in two separate sprees on December 22, 2018, and January 1, 2019.

While the crimes occurred throughout the city, Los Angeles County prosecutors say that a majority of the arson incidents took place in the Wilshire-Montana district of Santa Monica.

According to a felony complaint filed by the State of California on behalf of Los Angeles County, the following incidents of arson are believed to have been committed by Burchett:

This is not the first time Burchett has been accused of arson. In 1983, Burchett was convicted by prosecutors in Frankfort County, Kentucky for 3rd Degree Arson.