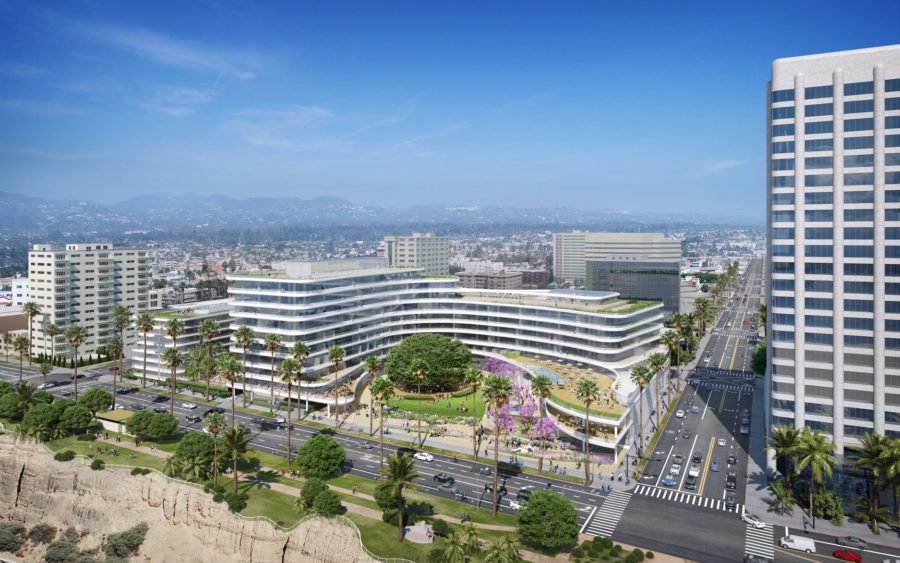 Looking at the 10-year financial forecast for Santa Monica.

At this Tuesday’s Santa Monica City Council meeting, staff presented their Ten-Year Financial Forecast for the City of Santa Monica.

“We look at a decade that will bring changes to our traditional expectations about revenue and expenditure growth,” Gigi Decavalles-Hughes, Santa Monica’s Director of Finance, said.  “There’s going to be, pretty quickly, a shortfall between revenues and expenditures.”

Among the causes for the projected revenue decrease are things such as online shopping surpassing sales from brick-and-mortar establishments, fewer people using city parking structures, and a projected decrease in tourism revenue over the next decade.

Other large factors for the coming expenses are the city’s personnel costs—including healthcare and workman’s compensation—and coming construction projects, such as the replacement of Fire Station 1. Except for the construction projects already set in stone, the forecast does not account for any other development projects at this time. Staff advised that any additional projects would increase the city’s maintenance costs. Of the larger projected expenditures, one of the most significant is retirement costs.

According to Decavalles-Hughes, unfunded liability cost increases account for 73 percent of the $51 million increase.

Looking at the Ten-Year Forecast as a whole, city staff provided several projected outcomes, looking at the best case scenarios, the potential of a huge recession, and in between. What staff presented as the most probable outcome is that the general fund will see a structural deficit of $5 million in fiscal year 2020/21, increasing to $31.5 million by the end of the forecast. The significant increase in the final year is due the Pension Advisory Committee’s suggestion to pay off the total sum within 13 years, saving an approximate $100 million in interest costs.

The forecast allows for fairly little wiggle-room without an ongoing reallocation of resources. Among the positives shared by staff is that most of the city’s funds are fairly self-sufficient, but the general fund will likely be needed to support the Pier and Housing funds within the coming ten year period.

Councilmember Ted Winterer brought up some factors that could potentially decrease costs and increase the city’s income within the period. While construction costs are projected to increase by about 5 percent annually, this could change in the case of a large recession, a case that Winterer finds very likely in the next few years.

“I’m trying to find some rays of sunshine in all this doom and gloom,” he said. “The one upside of recession is that construction costs will go down … and then the airport fund. If we choose to close the airport in 2028 then all of a sudden we’re unburdened of the operational cost and we’re still getting the revenues from the leases there.”

Councilmember Sue Himmelrich also made a suggestion to combat some of the revenue decreases.

“We have parking lots all over the city … we continue to allow people to build additional parking and you’re saying that we have less people parking in our lots and less revenue from it.” Himmelrich said. “Why don’t we stop giving people permission […] and instead make them park with us or not at all?”

“It’s a major policy shift, and worthy of discussion and debate,” City Manager Rick Cole said. “I don’t think you’ll get any argument from the planning department on that, you are going to get some argument from the private sector on that.”

One of the greatest issues for the city to solve according to Cole is organizing the budget in a way that accounts for the problems currently facing the city, recognizing that simply ramping up the funds for current processes would bankrupt the city.

Included in the staff’s forecast is a suggestion for the city to renew its current grants—whose terms end this year—for another two years while staff looks for ways to improve the system.

Several community members spoke against the renewal, mostly referring to recent cases regarding OPCC, a shelter also referred to as The People Concern, which LAHSA and others have as noted issues with health and sanitation as well as safety and training for staff members.

“My heart goes out to…people who have not gotten high-quality care in the system,” Cole replied. “The system is in flux, the system is held together by chewing gum and chicken water, the system is not designed to deal with 56,000 people in crisis, and we’re doing the best we can.”

Cole advised against the city pursuing any additional investigation, stating that the findings would likely be the same as that of LAHSA.

“I’m not denying that there are problems at OPCC, there are problems that are endemic to this challenge of trying to provide high quality services,” Cole said. “The reality is that all of the ways that we do business are changing and will need to change.”

In response to the overwhelming concern regarding OPCC, staff was directed to find a better way for complaints to go into correcting problematic processes.

Staff will return on April 23 with a proposed ten-year budget.