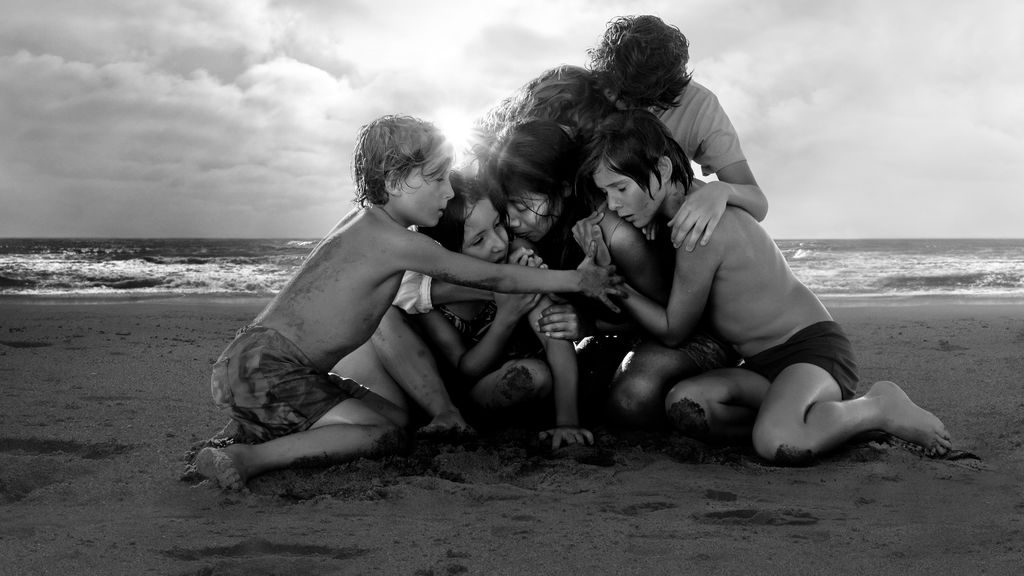 “Roma” is a beautifully shot black and white film, which utilizes to the fullest the incredible qualities of light and shadow that only that particular medium can achieve. Alfonso Cuaron directed and was director of cinematography and editor of this very personal movie. It is an epic look at a childhood spent in early 1970’s Mexico City.

The portrayals of the characters are as rich as the landscapes, and although this is not a thriller driven by a singular momentum, you will find yourself becoming just as engaged with the story. You will fall in love with the colorful people who inhabit this clearly remembered world. There is drama, comedy, sadness and surprise, just as there is in real life.

The language is a combination of Mexico City Spanish and an indigenous language of Oaxaca, with English subtitles. The subtitles are in parentheses when the language is indigenous. Your eye will become accustomed to this quickly and you will hear the musicality and rhythm of each of the languages, which is as important to the communication as the words being said.

The underlying strength that ties all the characters together and lets them triumph emotionally is intuitive love. The cast all represent people from Cuaron’s childhood and it becomes very obvious as the movie plays out, how much love and respect he had for every one of them, no matter what walk of life they came from. This is what makes him a great filmmaker – he is able to deeply understand people no matter who they are, where they come from, to portray their mistakes and triumphs, their achieved successes and temporary failures.

It is a credit to Cuaron’s ability to develop an actor’s performance that Yalitza Aparicio (Cleo) and Nancy Garcia Garcia (Adela) have never before appeared in a feature film, and they carry the movie on their shoulders. Mexican actress Marina de Tavira is poignant as Sofia, the mother. The children are natural and believable. Many scenes are universal and will probably bring back memories from your own childhood, wherever you grew up. “Roma” is a highly unique and touching film, beautifully made from beginning to end.

Kathryn Whitney Boole has spent most of her life in the entertainment industry, which has been the backdrop for remarkable adventures with extraordinary people.  She is a Talent Manager with Studio Talent Group in Santa Monica. kboole@gmail.com.