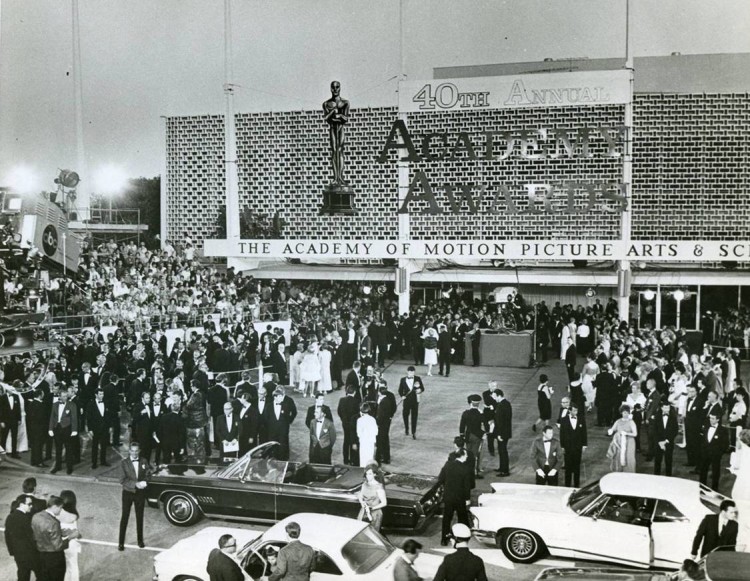 The Santa Monica Civic Auditorium was packed to the brim with legions of screaming teenagers for the Teenage Awards Music International. The Civil Rights Act of 1964 had recently passed, and the roster was the stuff rock and roll dreams are made of. West Coast staples Jan and Dean emceed, and Chuck Berry took the stage to open the show, performing chart toppers “Maybellene” and the 1958 classic “Johnny B. Goode.” Both songs would go on to become two of the most important songs in rock and roll history.

Other names on the bill included Smokey Robinson and the Miracles, Marvin Gaye, the Beach Boys, and the Supremes. Lesley Gore electrified the stage with her performance of “You Don’t Own Me”- the feminist anthem that shook a male dominated entertainment industry. Also on the bill: James Brown and the Famous Flames who brought the house down with one of the most iconic performances of the night, followed by the Rolling Stones who closed the show with classics like “Time Is on My Side.” Keith Richards admitted in interviews afterwards that James Brown was a tough act to follow and no matter how well the Rolling Stones performed, they couldn’t top the Godfather of Soul himself, James Brown.

Directed by Steve Binder and produced by Bill Sargent, the T.A.M.I show would go on to forever change the way concerts were filmed, incorporating a sophisticated camera system and live color edit from multiple angles. Transferred to 35mm film, the show would be televised on movie screens everywhere as the concert event of the decade. It was a groundbreaking project that altered the course of entertainment history and immortalized rock legends.

Built in 1958, the 3,000-seat venue hosted a variety of concerts throughout the ‘70s, ‘80s, and ‘90s where the likes of Queen, David Bowie, Prince, Bob Dylan, and the Clash graced the stage. In 2013, the Civic Auditorium held its final concert but plans of a potential encore are in the works.

Jason Harris, Economic Development Manager for the City of Santa Monica, explains the process leading to an upgrade of the facility. “The City has spent considerable time and effort envisioning the future renovation of the Civic Auditorium,” Harris explains. “In 2007, City Council adopted a long-range cultural plan which emphasizes the importance of retention, development and reuse of cultural facilities that reflect the community’s unique identity. The plan emphasizes the need for significant with a desire to retain the auditorium in something close to its current configuration or to adaptively reuse it for other purposes.”

Harris continues, “In 2018, the City issued a request for proposals inviting qualified persons or firms interested in entering into public-private partnership and a long-term ground lease for the renovation, management and operation of the Civic Auditorium in order to achieve key community goals to preserve the Civic, provide a venue for cultural/entertainment activity, and serve the needs of the community. The City received one proposal in response.  After a preliminary review and discussion of the proposal, the development team stated an interest to update and revise their proposal.” The City is currently awaiting a revised proposal from the development team that submitted the proposal. Harris explains, “If a revised proposal is submitted and the parties can come to agreement on the terms and conditions of a public private partnership to advance the proposal forward it would take a few years for the various approvals to be obtained, design to be finalized and the project to be completed.”

The historical importance of the Civic Auditorium is undeniable. “As a historic landmark, there is no question that the Civic Auditorium is to be retained and renovated. The building is also one of the few properties in the Civic Center area that could accommodate large entertainment and cultural events in the City once the building conditions have been addressed and seismic retrofits are completed,” Harris continues, “The renovation of the Civic would also achieve long standing goals in the Civic Center Specific Plan which include the expansion and improvement of the Civic with the objective to support musical and cultural performances; the development of an early childhood center serving infants, toddlers and pre-school age children; support facilities for parent and professional development; and the development of connections between the high school and Civic Center.”

Harris reflects on the impact of the Civic Auditorium and its influence both within the community and around the world. “The Civic Auditorium has an illustrious history.  It quickly became a hot spot for the best musical acts of the day. The venue’s playlist reads like a timeline of the evolution of the American music scene starting in the 1950’s with Andre Previn, Duke Ellington, Dean Martin, Frank Sinatra, Ella Fitzgerald, Lawrence Welk and the Los Angeles Philharmonic playing to capacity crowds.” Harris continues, “In the 1960’s through the early 1980’s, rock concerts dominated the Civic’s schedule with acts including the Doors, Bruce Springsteen, Elton John, and U2 filling the Civic with fans.” The Civic was also home to the Academy Awards ceremonies from 1961 to 1968.

Picture it. Santa Monica. 1958. No one at the time could have ever predicted the lasting legacy of the Santa Monica Civic Auditorium. Regardless of what the future holds for the Civic Auditorium, its iconic past marks an indelible place in history and a lifetime of entertainment that has truly transcended time.