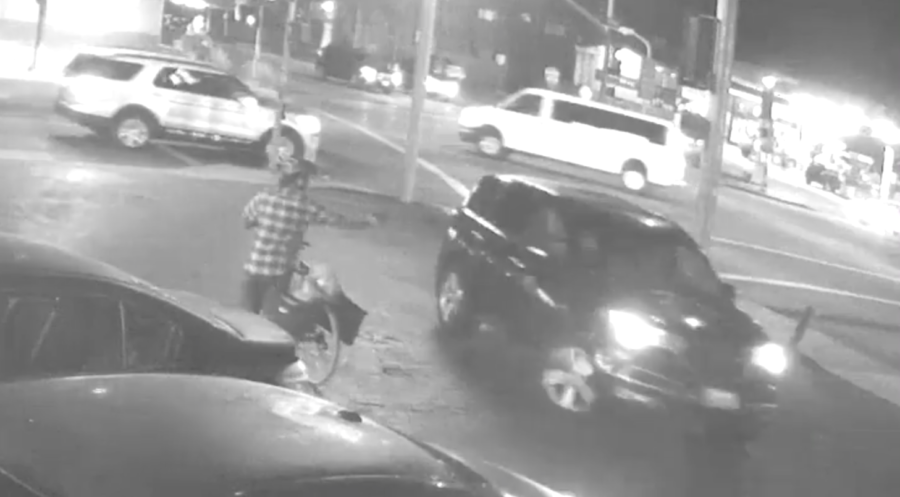 The Santa Monica Police Department (SMPD) is seeking the public’s assistance with any information related to a shooting investigation.

On November 16, 2018 at about 7:22 p.m., officers from the SMPD responded to a radio call for service at the Eddie’s Liquor, 2045 20th Street, parking lot regarding a shooting. Upon arrival, all parties involved had left the scene, however; evidence of a shooting was located. A short time later, a victim was located at a nearby hospital.

SMPD Detectives responded for the investigation. A preliminary investigation determined occupants in a car, a male driver and female passenger, were involved in a verbal altercation with a suspect on a bicycle. The altercation escalated and the suspect produced a handgun from a saddlebag attached to the bicycle. The suspect fired several rounds upwards in the air and at the victim’s vehicle. The victims drove to a nearby hospital for medical treatment. The female victim suffered minor injuries from a bullet strike and was treated at the hospital and released.

The suspect is described as a male White or Hispanic in his 40s, long hair in a ponytail, unshaven and wearing a long sleeve flannel shirt at the time of the incident. The suspect was riding a dark bicycle with rear saddlebags. A small white dog was inside one of the saddlebag pouches. A red food delivery style bag was also attached to the rear of the bicycle.