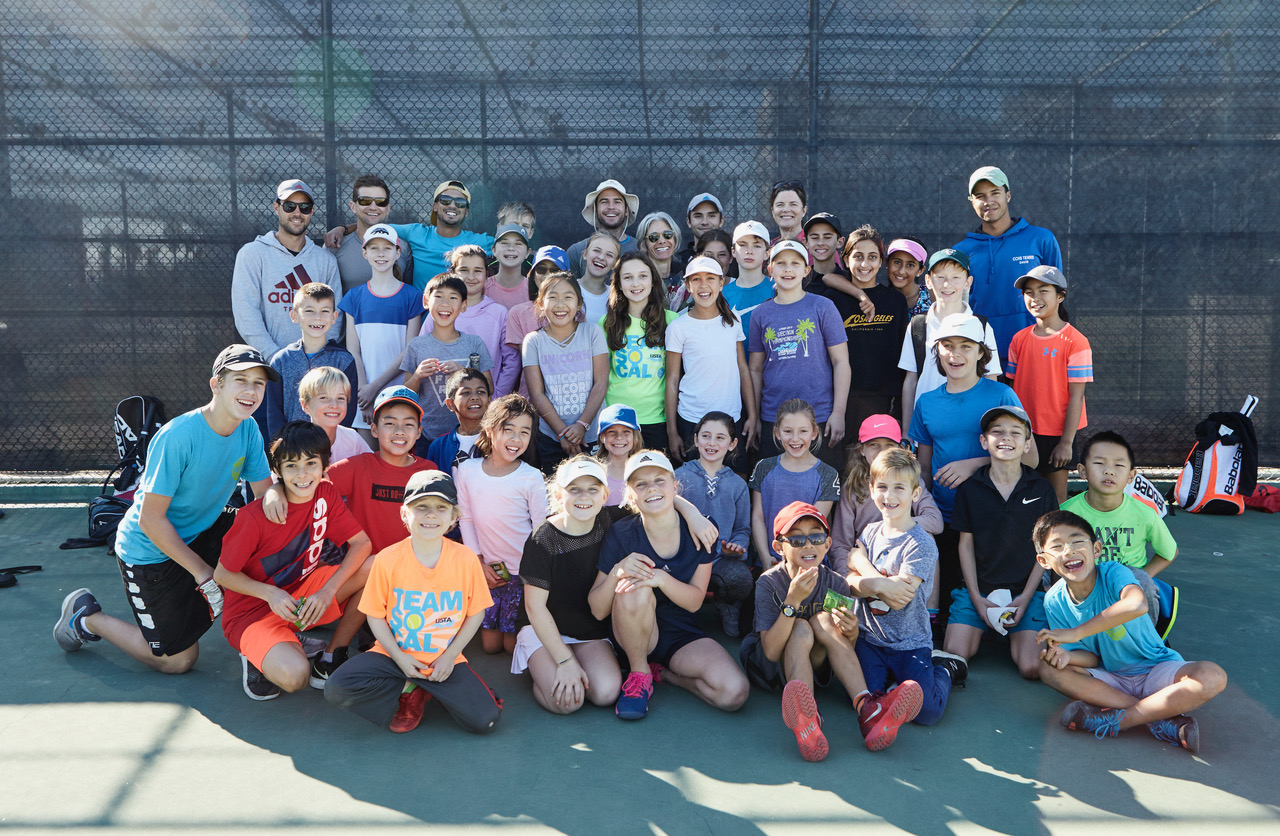 A Santa Monica junior tennis league has won $1,000 in a national sweepstake, partly for helping a high-functioning autistic child thrive on and off the court.

Debbie Mahdessian and her junior tennis league, the Santa Monica Tennis Collective (SMTC), was recently announced as a winner in the “My Life Powered by Cauliflower” California Pizza Kitchen sweepstakes.

Mahdessian and her story of dedication to SMTC, the United States Tennis Association (USTA) junior tennis team league she created, was submitted for sweepstakes consideration by Colette O’Connell of Santa Monica who’s son Dylan joined one of SMTC’s teams in 2017. Upon receiving an e-mail from CPK detailing the sweepstakes O’Connell immediately knew how much winning the contest would mean for Mahdessian and all the kids on her tennis teams.

Colette praises Debbie for creating a diverse, affordable, tennis community in Santa Monica where her son Dylan, who has “high functioning autism” has thrived.

“At ten years old in 2017, Dylan played enough tennis that he was ready to play on a team, but it was never going to be a smooth sailing. Typical of children with autism, Dylan had challenges with social skills, team sports, and had his own unique strengths and differences,” O’Connell said.

A smile comes to O’Connell’s face every time she talks about how supportive Mahdessian and all the coaches at SMTC have been of Dylan’s tennis development and how his experience playing on a team has improved his social skills and provided a community of kids he feels a part of.

O’Connell wrote to CPK with her wish to “give back” to Mahdessian in thanks and told them how tirelessly Mahdessian worked to create that community for all 75-90 players on her USTA Jr Team Tennis teams each season on a shoestring budget.

“Not only do the kids have a wonderful tennis experience, the coaches are great, and the teams win! SMTC is a little known jewel serving the tennis dreams of West Los Angeles kids that could use more recognition and support from the community,” O’Connell said.

When O’Connell received the news that her wish was a contest winner, she said could not believe it.

CPK said that they were excited to support an organization for kids in the local area.

When O’Connell presented Mahdessian with the $1,000 prize at SMTC’s end of the year party, Mahdessian was even more shocked and overwhelmed by the surprise and announced that she’d use the funds to buy equipment for her teams.

“Junior tennis tends to be a solitary, expensive sport, competing for a base amongst team sports (baseball, soccer, volleyball, basketball) that are less costly and more communal by the nature of their structure. As both a parent and an administrator, I observed that without a community, and affordable, quality instruction, the attrition rate in tennis exceeded that of the other sports that my children and their friends participated in,” Mahdessian said about her program.

For more information about SMTC, visit https://www.smtctennis.com/ or email santamonicatenniscollective@gmail.com.

Editors note: Debbie Mahdessian is the mother of Santa Monica Mirror Editor Sam Catanzaro. Catanzaro did not write this article, as it was submitted by an SMTC parent, but he did edit the article for spelling and grammar.