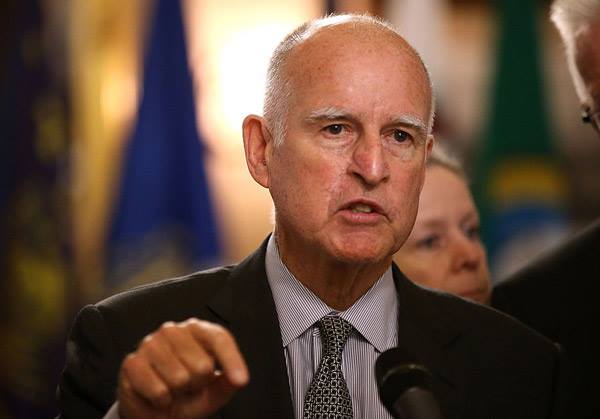 There is a school of thought, mostly pushed by Latino activist politicians, which says undocumented immigrants contribute to American life and prosperity and therefore should have virtually all the rights of citizens.

For a long time, it appeared an unlimited granting of rights previously reserved for U.S. citizens would be among the major legacies of outgoing Gov. Jerry Brown, who has served more time in the office than any other person.

But even for Brown there turned out to be a limit.

Brown signed the law giving drivers licenses to illegal immigrants. He okayed rules making all immigrant children, even the undocumented, eligible for state-paid medical insurance under Medi-Cal. He gave that same group access to in-state tuition for public colleges and universities. He signed a bill letting non-citizens – even those not here legally – practice law and become accountants. Then he okayed the hiring of legal immigrants as poll workers.

On his watch, illegal immigrants began voting in California for the first time ever. That happened without many problems and without much fanfare this fall in San Francisco, where a few dozen undocumented parents of children in that city’s public schools became the first illegals in California history to cast ballots legally, doing it in a school board election where they indirectly helped decide how taxes paid by citizens will be spent.

In short, Brown quietly did more to assimilate immigrants into the daily commercial and political life of California than anyone before him. But even he had a limit.

That was when it came to a bill allowing non-citizens to serve on official boards and commissions. Brown’s message was simple and succinct when he vetoed SB 174, authored by the termed-out Democratic state Sen. Ricardo Lara of East Los Angeles, about to become state Insurance Commissioner. Previously, Lara helped write the law giving drivers licenses to the undocumented and was a sponsor of California’s “sanctuary state” law that prohibits California police and sheriffs from turning over many criminals to federal agents for deportation when they’re released from jails.

Said Brown’s veto message: “I believe existing law – which requires citizenship for these forms of public service – is the better path.”

Lara disagreed, saying non-citizens deserve representation in public life because they pay at least some taxes. Lara added that “Qualified Californians who have worked hard and are experts in their field should be given the opportunity to serve the state, regardless of immigration status.”

Lara also told legislators as his bill progressed through one committee after another that only immigrants with work permits, known as green cards, would be able to claim payment for their service.

Brown, however, drew a line, but it’s uncertain whether Gov.-elect Gavin Newsom will go the same way if and when a similar bill makes it through the Legislature.

The efforts to give noncitizens more rights and privileges are part of a movement toward complete normalization of life for immigrants who have not bothered to become citizens, including even the undocumented. Ironically, the harder President Trump and his supporters push for deporting every illegal immigrant, the greater the pushback from their supporters.

There’s now a movement, for example, to let immigrants over 18 vote in all local and state elections. It is backed by some prominent politicians, including New York Mayor Bill de Blasio. Wrote one syndicated columnist, “Noncitizens, legal and not, are ready. Many have been residents for decades. The younger ones learned the principles of American democracy in our school systems and some volunteer for candidates and causes. Their economic power and concern for our collective future is qualification enough (for) the voting booth.”

The problem, of course, is that giving this ultimate civic right to noncitizens, along with all the other privileges Brown okayed, removes much of the motive to do the very basic book-learning needed to become a citizen.

Which makes letting noncitizens vote or serve as government officials of any kind a bad idea, something that even a dedicated immigrant advocate like Brown finally realized.