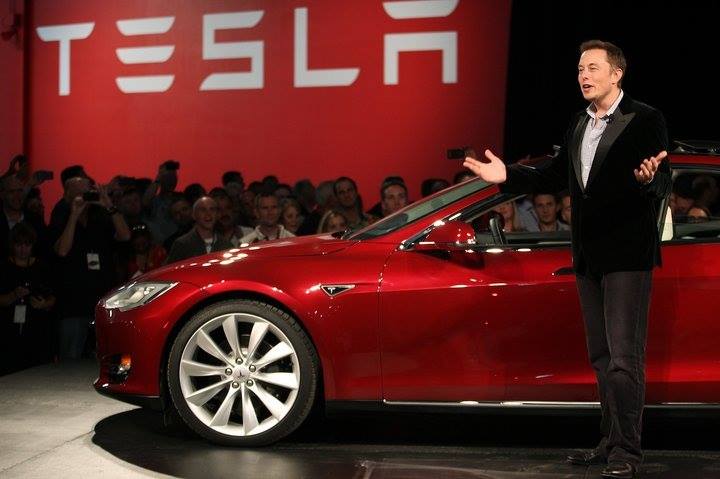 Proposal for lot at 14th and Santa Monica.

On January 6, 2018, CEO, co-founder and product architect of Tesla, Inc., Elon Musk, tweeted to his 24.2 million followers, “Gonna put an old-school drive-in, roller skates, and rock restaurant at one of the Tesla Supercharger locations in LA.” There are currently thousands of Supercharger stations throughout North America, Asia, Europe, and the Middle East designed to offer Tesla drivers a convenient place to charge their vehicles, grab a bite to eat and continue their journey.

According to Tesla, the planned location for the Supercharger station is at 1401 Santa Monica Blvd., Santa Monica. The space is currently an open lot seasonally occupied by the A1 Christmas Tree Lot. Tesla has been relatively secretive when it comes to publicly announcing their specific plans for the charging station. After reaching out to Tesla for new information, Melissa Rocha, Senior Project Manager, simply replied that there was nothing to share beyond the original tweet; a tweet that has since then received over 17,000 retweets and nearly 190,000 likes.

A permit was filed through the city, which cost Tesla $2,747.72. Pending approval, Musk’s dream of a retro-inspired restaurant, outdoor screen playing scenes from classic movies and people on roller skaters zipping by could become a reality. It’s also rumored that the restaurant’s menu will be linked with a touchscreen inside Tesla vehicles where drivers and passengers can order food from the comfort of their own car.

Main Street Business Improvement Association Executive Director Hunter Hall believes Santa Monica could be a good fit for the proposed Supercharger station. “The city needs more electric vehicle infrastructure, and even though his concept certainly won’t be a panacea, it can’t hurt and it will probably encourage even more people to jump on the electric vehicle bandwagon either by purchasing EVs, or adding EV charging to their parking structures.” Hall adds, “Projects like this are important to The City of Santa Monica if it wants to retain its image as a cutting-edge community with proactive and holistic approaches to development. This City, and all cities, cannot let the overly vocal negativity of the minority limit real progress that will benefit the many.”

Hall’s platform for 2019 as the Executive Director of the Main Street BID includes a list of initiatives designed to improve the business climate for Main Street and the City as a whole. Hall explains, “This list includes permit relaxation, public beautification, atmospheric music during daytime hours, and the ever-popular concept of a vacancy tax to curb blight. All of these items have universal merchant support and are also supported by many residents and customers. We look forward to making all this happen with the City.” Hall adds, “We would love it if Elon placed some superchargers in Lot 9 behind Main Street. Consider it an open invitation.”

A Supercharger station in Santa Monica isn’t the only project Musk has in the works for California. On December 18, 2018 Musk previewed a 6,000-foot tunnel in Hawthorne where guests like Jared Leto and Kendrick Lamar were among the first to ride in “Loop,” a transportation system slated to be built throughout LA with a stop at Dodger Stadium.

Whatever the future holds for a Supercharger station in Santa Monica, one thing is for sure; the future is here.