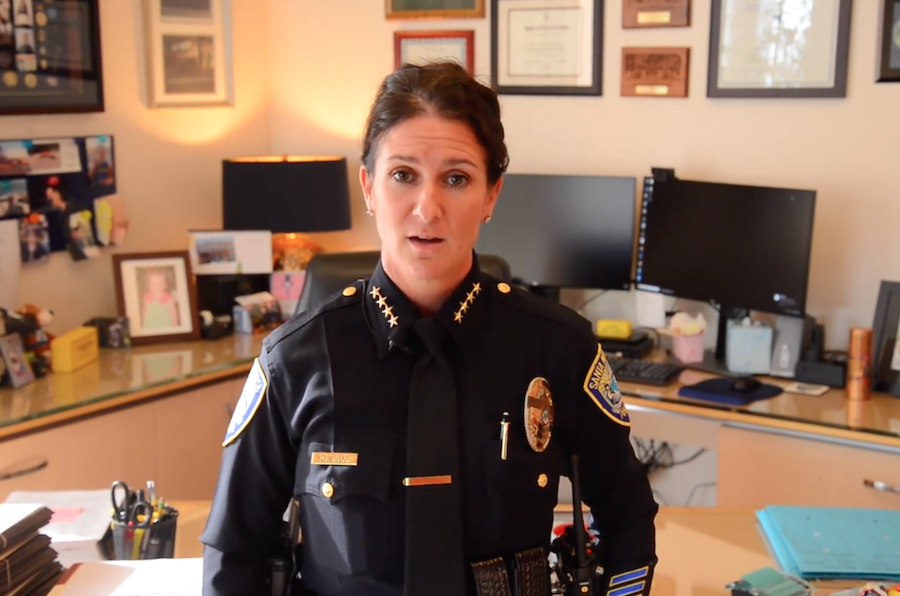 Over the past month, Santa Monica has experienced a string of high-profile crimes. In just one week, an adult son stabbed and murdered his mother. Three juveniles crashed a stolen car and attempted to flee on the Expo Line. A man assaulted a teacher with a stick outside Santa Monica High School.

If these crimes are any indication, the Santa Monica Police Department (SMPD) will have another busy year on their hands. On January 30, SMPD Chief Cynthia Renaud released a video updating the public on the crime statistics from 2018. Not only did SMPD officers respond to more calls from service in 2018 than in the previous year, but the city saw an increase in serious crimes.

According to Renaud, Santa Monica saw an 8.8 percent increase in Part 1 crimes in 2018 compared to 2017. Part 1 crimes include offensives such as murder, rape, robbery, aggravated assault, burglary, motor vehicle theft and arson. Among violent crimes committed within Santa Monica in 2018, 57 percent were aggravated assaults, 35 percent robberies, 7 percent rapes and .8% murders. Renaud says, however, that violent crime is not the signature of the Santa Monica crime scene.

Renaud noted that among the 2018 robberies committed in Santa Monica, 24 percent were Estes Robberies. Under California law, an Estes robbery is when a suspect steals something from an establishment and is confronted by security or a member of the public. This turns what would typically be a misdemeanor petty theft to a felony robbery.

In addition, Renaud reported that Santa Monica saw an increase in bike theft and a 12 percent increase in theft from vehicles.

“Most of these were window smashes to steal book bags, purses, wallets, money, computers, iPads, even jewelry,  that was left in plain view in the car,” Renaud said.

Despite this uptick in crime, Renaud is optimistic the department can tackle what 2019 throws their way. Specifically, Renaud believes the hiring of additional officers will bolster the SMPD, which is currently operating 20 officers understaffed.

“We have been working hard to fill our budget numbers to get up to full staff,” Renaud said. “Getting these positions hired and trained will be extremely important. As we are increasing our numbers, will are deploying these personnel into forward-facing, field-based units.”

Renaud also mentioned that the department will look to get more officers out of patrols and onto the streets. In addition, community service officers will be more frequently be deployed in the Downtown Santa Monica area.